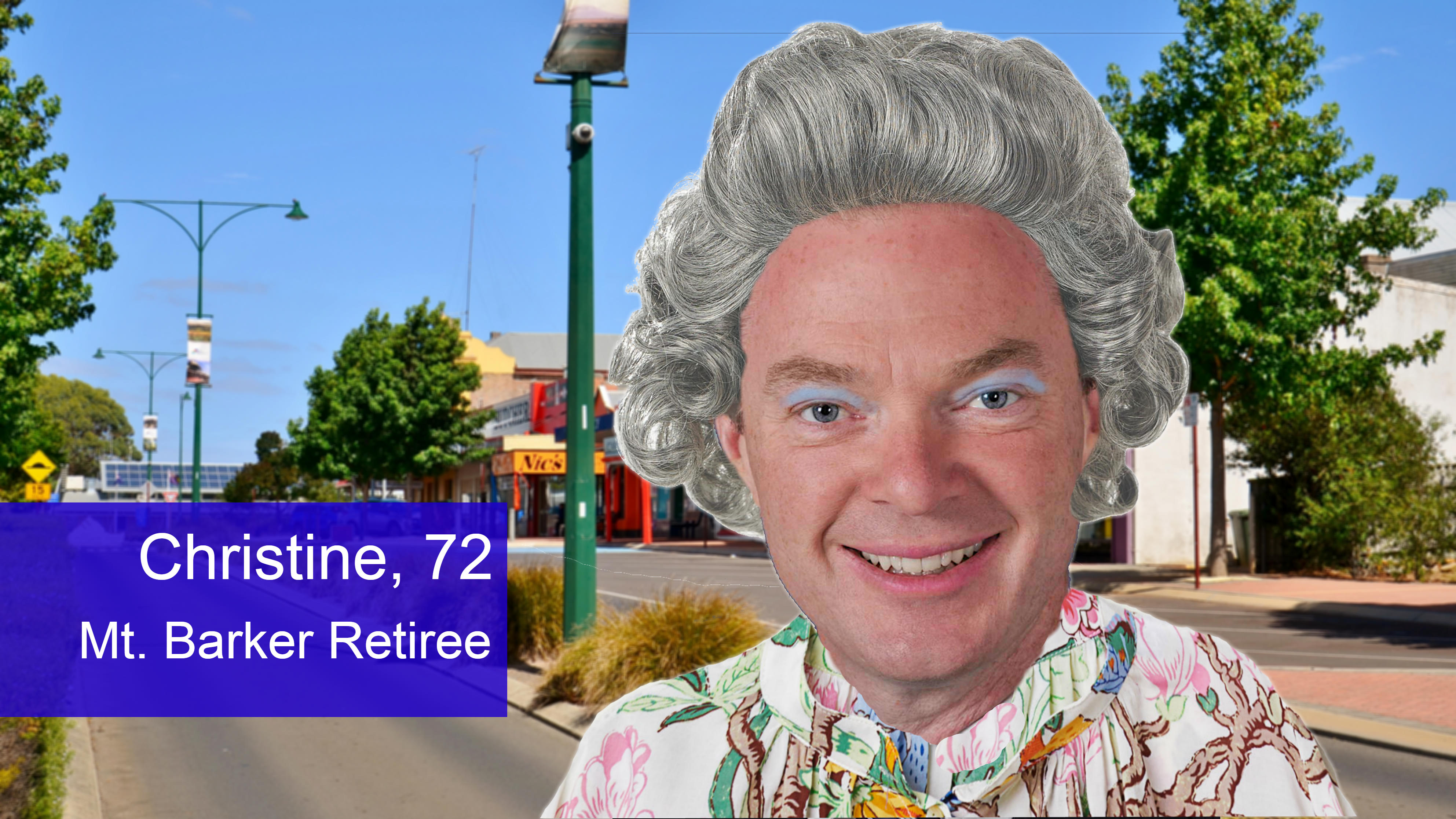 Despite the controversial first video starring a “concerned citizen” who just happened to be the previous State Director of the South Australian Liberal party, Georgina Downer has continued her advertising campaign.

The latest ad shows an extremely well-to-do and very feminine lady, ‘Christine’, speaking about how proposed ALP policies will impact her life. ‘Oh my word, dearies!’ starts Christine, rather akin to Mrs. Doubtfire, ‘these naughty, naughty things that the Labor party might do will mean I have to cut down on having a few sherries at The Auchendarroch! I just want to retire in peace, like all other older Australians, of which I certainly am one.’

As the advertisement continues, a montage rolls of Christine preparing meals, energetically undertaking household chores, and fighting off a potential handbag-snatcher to the backing music of Aerosmith’s ‘Dude looks like a lady’.

Christine then spends a good two and a half minutes talking in-depth about Australia’s Federal Defence investments, continually reinforcing that this is really important to Adelaide Hills retirees.

Georgina Downer was questioned by the Adelaide Mail as to whether Christine had any sort of connection with the Liberal Party, for which we were sent a giant novelty cheque for $27 to keep our mouths shut. Thanks for lunch, Georgia.