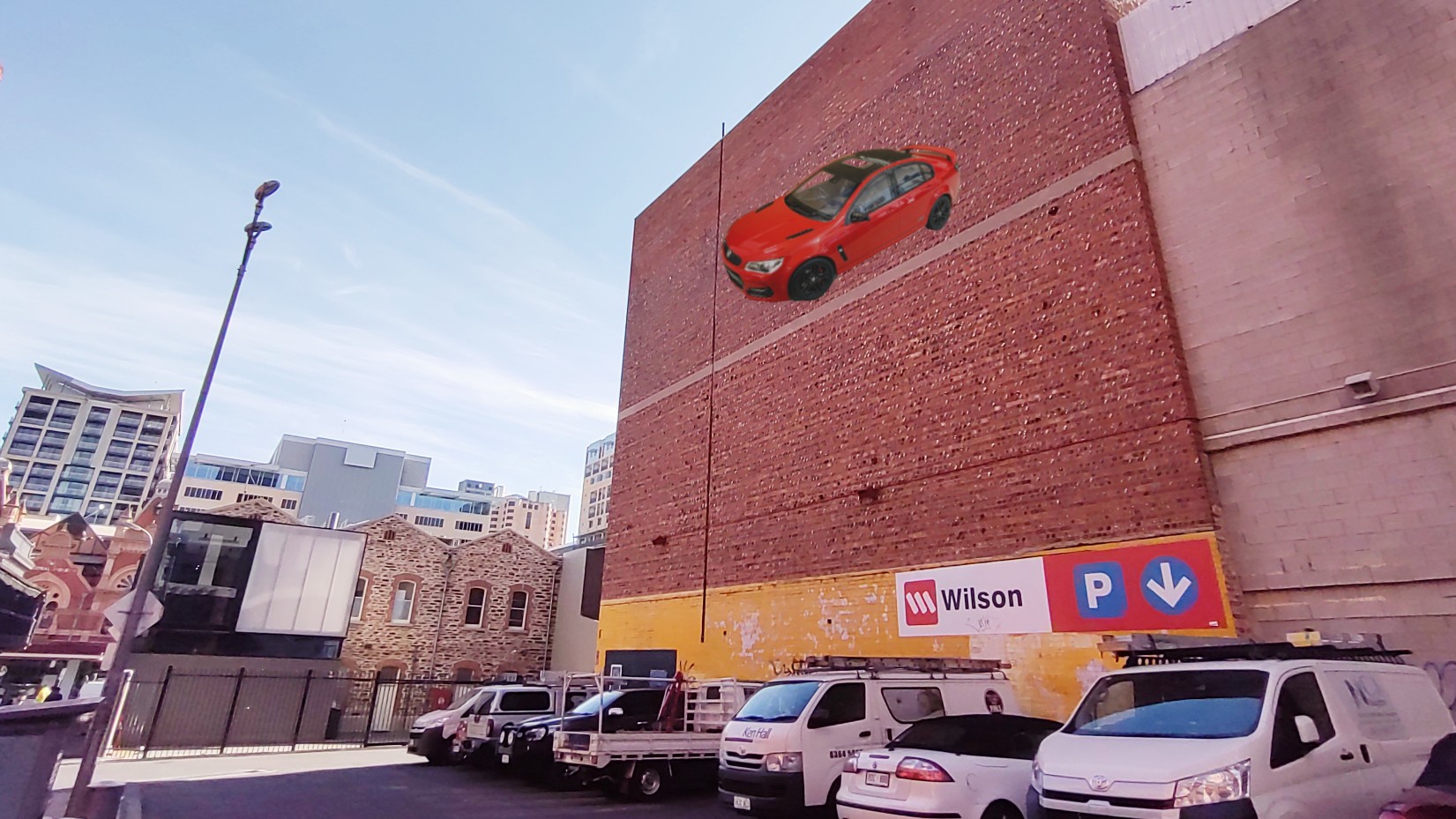 With the National Motor Museum not being regarded as prestigious enough for the last South Australian built Holden Commodore, the bright red $750,000 VF Sedan has found its final resting place in Rosina Street, just off of Hindley in the Adelaide CBD.

Sitting at the top end of the brick wall, the Commodore will be forever displayed to the dozens of people who daily wander through or partake in drug deals in the quiet city lane.

The new installation has been a hit with the locals.

On-site Adelaide Mail reporters, who also happened to be at the unveiling of the installation because they too were waiting for a thing, report that this is a well deserved accolade and an honour to the company that brought so much to South Australia. They’re also pretty sure that the Liquid Nails used to hold the Commodore in place will be absolutely safe until at least November.