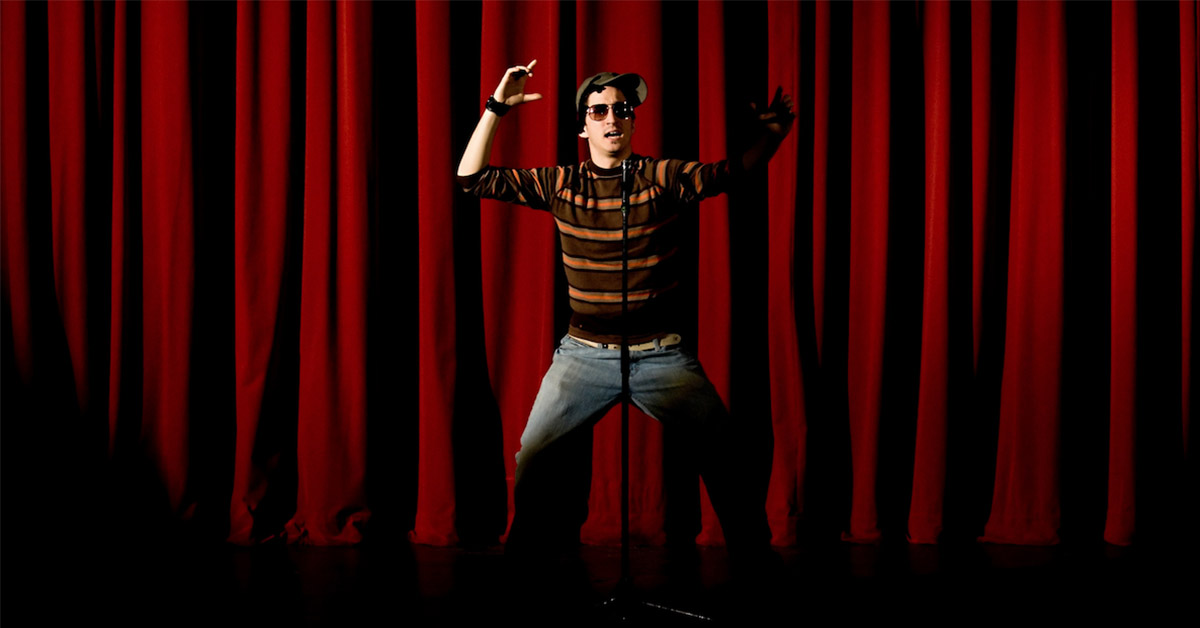 After having watched exactly 275 minutes of stand up comedy in his life, Jason ‘Jase’ Breadhand became convinced of his ability throw together his own stand-up comedy show in next year’s Adelaide Fringe after watching Saturday night’s all-British variety show ‘BOLLOCKS! The All British Comedy Spectacular’.

Whilst Breadhand has no previous experience in performing, writing or public speaking he has watched several Michael McIntyre clips on Facebook, a few rants about gun control in America by Jim Jefferies and Eddie Murphy’s Delirious as a 16-year-old stoner.

‘I reckon I could do it’, claims Breadhand, ‘me and my mates are piss funny compared to those Poms on Saturday night. Sammy and Chip were having a laugh saying that we should just do a show where it’s us on stage talking shit like we usually do. Be funnier than that Judith Lucy bird’.

‘We were just mucking around, but I thought “nah, why not? I should bloody do it”. Now more than ever the world needs to hear my voice’, continued Breadhand, presumably pointing out that the world has too few white men sharing their thoughts on why they think ‘all politicians are dickheads’ and that ‘cyclists should pay registration to use the roads or fuck off back to Melbourne’.

‘We’re also gonna do one of those Betoota-type websites they have, ‘cause they’re funny as fuck. All you need to do is take a half-arsed observation, chuck it in a headline and then repeat the same joke over and over throughout a 250 word article’.

‘Nobody reads the articles anyway so you can just write whatever you want and chuck on a headline that appeals to people’s narcissism so that they can tag their mates on Facebook. Piece of piss’.