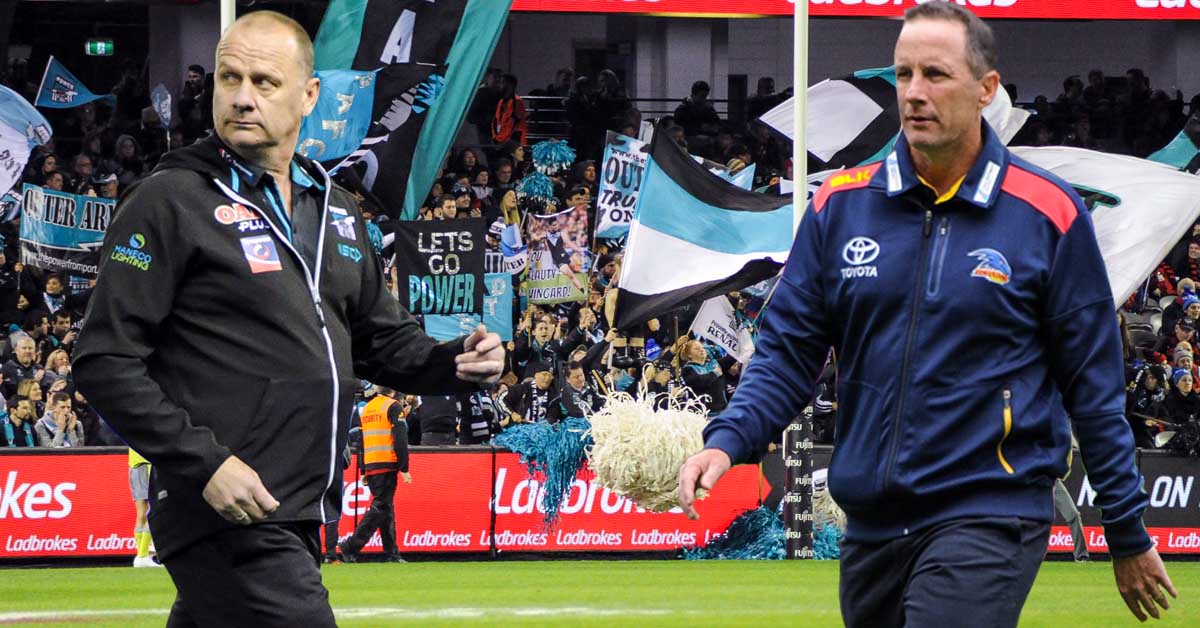 In light of two equally inconsistent seasons, both South Australian AFL clubs have found themselves scratching their heads at what to do about their disappointments of head coaches. After seventeen rounds, Don Pyke’s Adelaide Crows and Ken Hinkley’s Port Adelaide sit at eighth and ninth, respectively, on the ladder.

The two clubs are now said to have completely run out of ideas to try and motivate their coaches out of their crippling mediocrity. Both are now locking in coaching contracts for a further three years as punishment for poor results.

‘We’ve tried just about everything with Ken’, says Port Adelaide head of football operations and half-time oranges Corky von Heipswolder. ‘We paid for a house for him and his family so that he has to live in Alberton. Thought that would be a big enough punishment, but no’.

‘Then we gave him an annual all-you-can-eat pass so that he has to have all of his meals at The Port Club unless the team’s winning games. Still nothing. He’ll get us to a win one week, then forget about eating the awful schnitzels the next! They do say that the human body doesn’t remember pain’.

‘It really left us with no other option’, von Heipswolder continues, ‘We had to offer him a contract extension through to the end of 2024, the Crows have done the same. It’s the only way we can through to these stubborn middle-aged men. The threat of being stuck coaching a mediocre South Australian team for the next five years’.