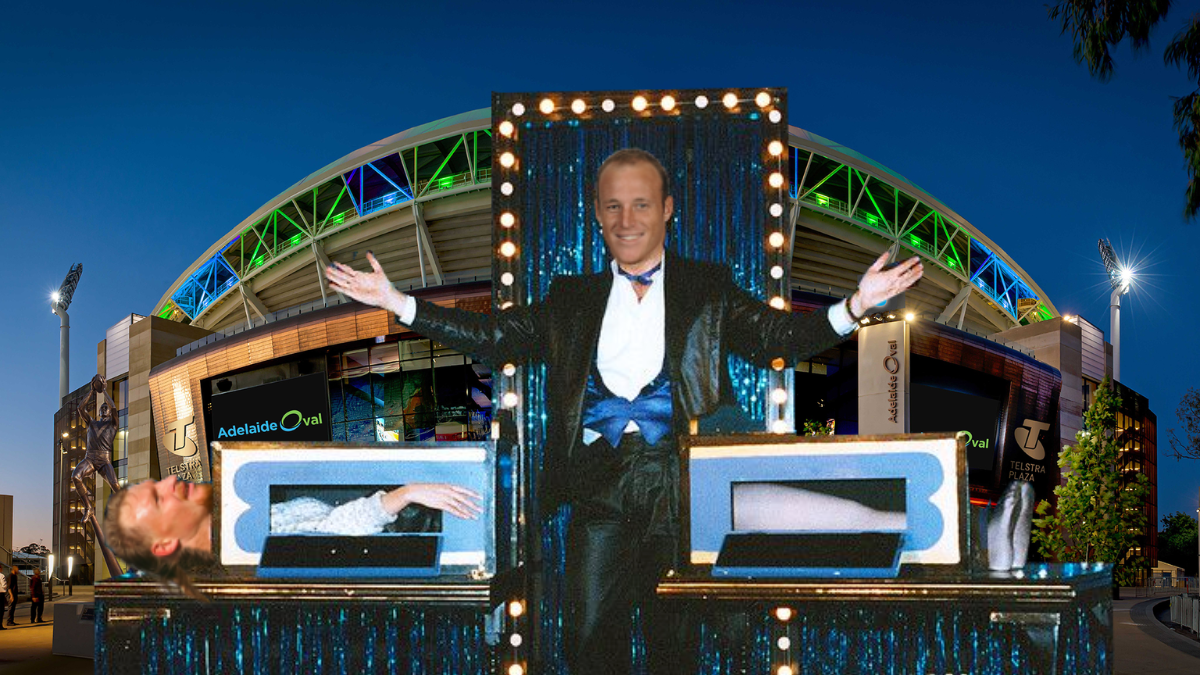 With the first AFL “Magic Round” to be held in Adelaide in 2023, excitement and speculation has begun in regards to what this will entail. However, it has been uncovered that the proposed schedule may temper (or perhaps exceed) fan expectations.

In an announcement by AFL officials today along some of the seedier banks of the Torrens, Adelaide Mail reporters (who just happened to be there for a completely different but very legal reason) overheard that the main drawcard of the AFL Magic Round will be former Adelaide Crows “star” Ian Perrie sawing a random crowd member (who just happens to also be Wayne Weidemann, another ex-Crow) in half.

Ian Perrie entered the press conference in a puff of smoke and hired tuxedo to the Europe hit “The Final Countdown”.

As a teaser to what the Magic Round could also include, Ian Perrie asked if any of the reporters in the crowd had a 20 cent coin and a cigarette. From there he stated he would attempt the illusion of putting the cigarette through the coin.

Ian “The Great Sarge” Perrie then proceeded to put on a solitary magicians glove and take an extremely long time to line up the cigarette with the coin. As the crowd hushed, Ian then somehow missed the coin completely from directly infront.

He then proceeded to just pocket the coin and cigarette before disappearing in a puff of smoke, but we could still just see him running off as it cleared.

The conference then concluded with the announcement of some other illusions that will make up AFL Magic Round including Tony Modra pulling a bird out of a hat and also several more at The Alma, David Koch bending some bars using only his mental gymnastics, and an Adelaide Crows fan claiming loudly that they are holding a ball in their hand even though they are clearly not.