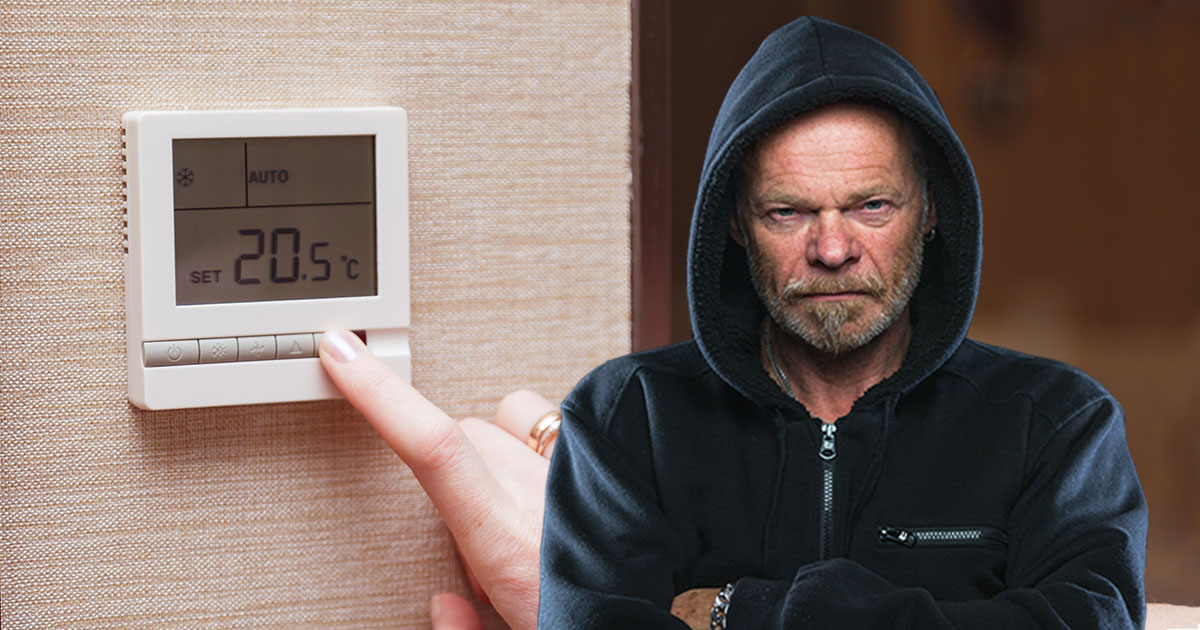 Sure, it’s been hot in Adelaide these past few days. But that doesn’t mean you have to be fiddling around with the temperature on the air con. At least that’s the line coming from one Croydon dad as his family of four battle through several days of over-40 conditions.

Having installed a new ducted air conditioner prior to summer, the Clag family were looking forward to being insulated from the Adelaide heatwave by turning the temperature on the thermostat down to a nice 20 degrees. Or maybe even 18 if nobody else was home.

‘Just because it’s a hundred degrees outside doesn’t mean you need to turn this place into the bloody Antarctic’,  Gerry Clag told us in the Adelaide Mail office, in which the temperature was set to a nice, hoody-wearing temperature of 20 degrees.

‘They’re all walking around like bloody penguins in parkas with their…sorry, what have you got the temperature set to in here? It doesn’t need to be anywhere below 25 you know?’

Clag then spent the next twenty minutes prodding at our air conditioner’s remote control, letting out a series of increasingly exasperated-sounding sighs. He eventually returned to the interview having returned the remote to its holder on the wall. We didn’t even know it had a holder.

‘There. You shouldn’t need to touch that at all until winter now. You just use the big red button to turn it on and off, okay? I’ve got it at 24, which is, frankly too cold if I’m being honest’.

After Clag left we spent three hours trying to turn the air conditioner down again but he must have locked it or something.