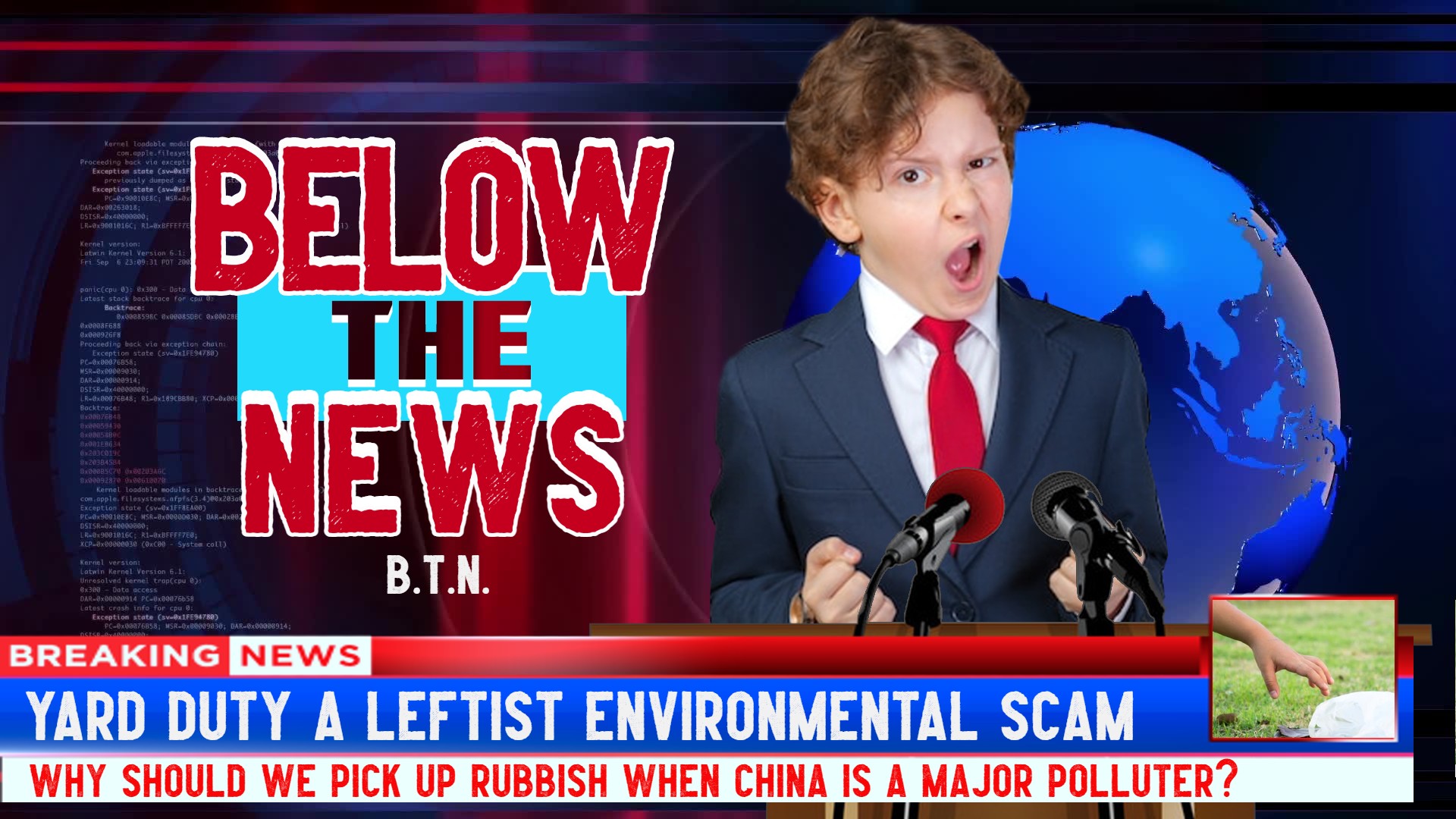 South Australian children have grown tired of being pushed a constant mainstream narrative by the Adelaide produced “Behind The News” for many years. So we at the Adelaide Mail have stepped up to provide an alternative news service for those under 12, “Below The News”.

Pushing the boundaries and covering a range of topics that have previously been kept quiet by childrens’ mainstream media, “Below The News” aims to ask the hard hitting questions that will really get those on the left side of the classroom bell-curve actually believing they are intellectually superior to their primary school peers.

Anchor Alex Joerogins has stated ‘It’s time Adelaide kids wake up and start thinking for themselves about what we tell them to think’.

Immediately becoming defensive and enraged without provocation he continued ‘You can’t accuse us of spreading misinformation! We’re just “asking questions” and letting the real kids have their say!’.

‘Like, we don’t need some so called “expert” telling us legionnaires hats are good for us. I know someone who was COERCIVLELY FORCED by Government authorities to put on a legionnaires hat at lunch for “his own health” and that very day he chucked up everywhere by the monkey bars after having a Nippy’s Iced Chocolate from the canteen. What do you have to say about that? You wouldn’t know him because he’s in year four and goes to another school, but these are real life health consequences directly related to forced health procedures!’ yelled Joerogins.

Below The News will stream to all home-schooled SA students with parents who are too busy trying to work from home themselves so they don’t know what their kids are watching.