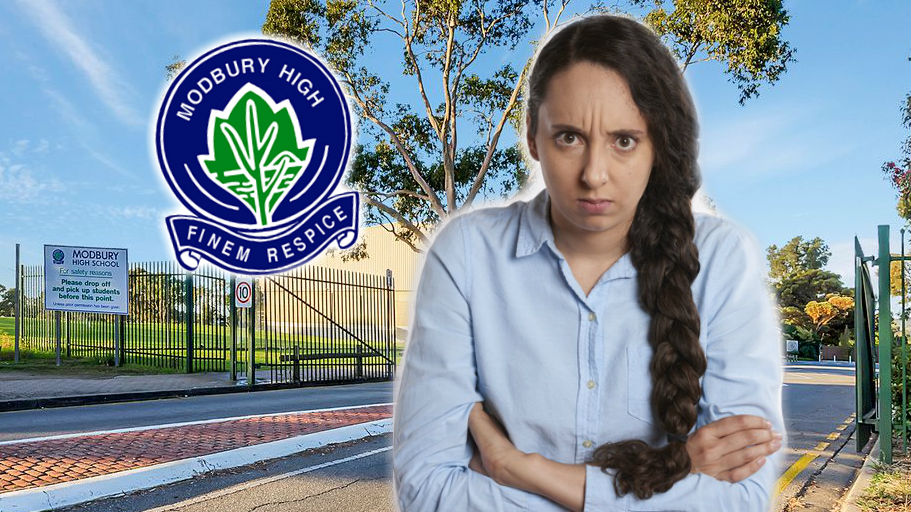 It’s been over 15 years since Kelly S. Farm graduated high school to pursue a sticky-tape tester apprenticeship, but there is still one thing that annoys her to no end, the old ‘High vs Heights’ confusion.

At a recent catch up with some girlfriends, one of Kelly’s distant acquaintances asked if she knew Terrance O’Bahnbus, a guy who graduated from the Heights the same year as her.

‘Excuse me? Excuse me?!’ shouted Kelly across the Tea Tree Gully Pokie Room ‘I went to Modbury HIGH! Not Heights! I never went to that shit-hole full of derros, I went to a slightly better shit-hole!’ barely drowning out the Shogun free-spins music.

This bitter, long-lasting rivalry mentality between two schools, which are essentially the same, is little-known outside of the core north-eastern suburbs, with each school willing to admit their school was definitely sub-par, but not nearly as bad as the other.

Reports have surfaced that each of the high schools ingrained Rivalry Studies into the curriculum from 1989-2006, an elective subject purely focussed on fostering an unhealthy hatred for the other school, which was apparently stemmed from the particularly nasty 1988 Pedal Prix race.

The Adelaide Mail tracked down Modbury Heights Graduate, Terrance O’Bahnbus, to ask his opinion on the rivalry, to which he stated ‘first off, never heard of Kelly S. Farm, probably a massive gug though if she’s from Modbury High. Everyone knows that school is a dump, it doesn’t even have a run-down observatory that never gets used’.

We asked for a reply from Kelly on these claims, to which she simply responded ‘yeah, well, at least Modbury High didn’t have Caleb Bond. Checkmate’.