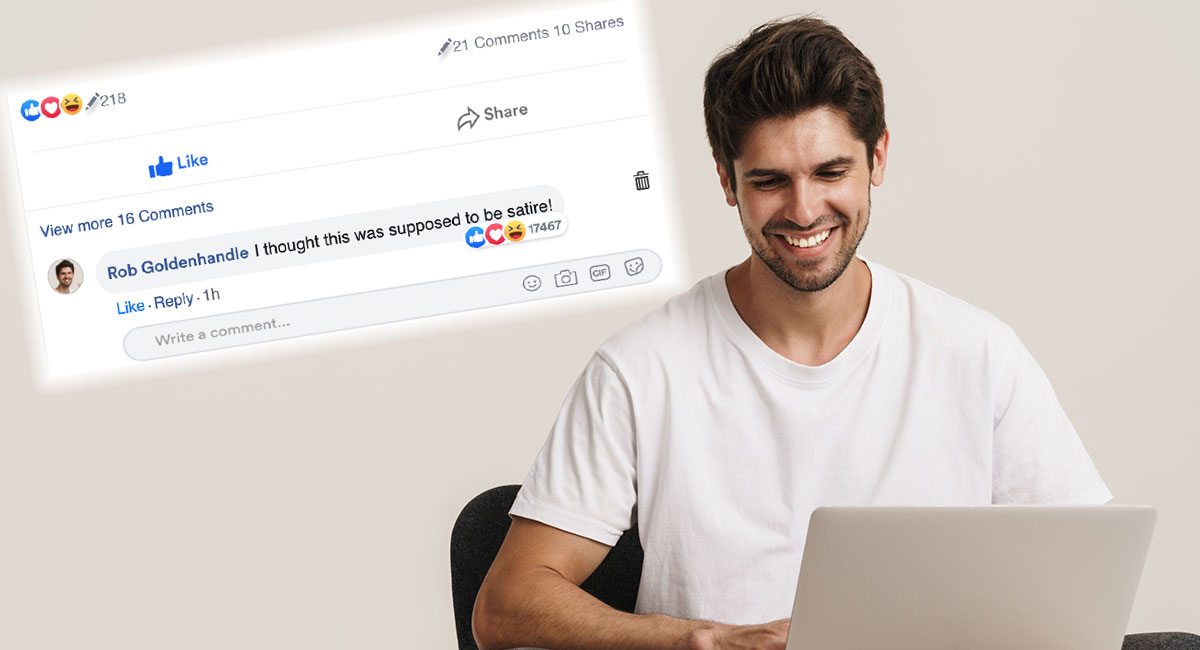 He’s done it again! Everyone loves it when Rob chimes in on a conversation with one of his trademark, totally original zingers. Like, the other day for example everyone was talking about how well Port have done in their 2020 season and Robbo, the legend, chimes in with ‘Yeah, they’ve done so well because they’re used to playing in front of empty stadiums!’

Needless to say everybody in the office was keeled over laughing and gasping for air. Rob, meanwhile, was promoted to head writer at Adelaide Mail.

But it was Rob’s comment on an Adelaide Mail article that had everybody screaming in a frenzied, hysterical fit, a genuine fit of laughter. It was honestly, without a doubt the funniest one-liner that anybody has ever written in this state. Possibly the country.

Adelaide Mail published one of its trademark, witty satirical takes on the news. It was smart, took no prisoners and spoke truth to power in a way that only the Adelaide Mail can.

The post was titled: Transport Minister fired after Adelaide Metro bus actually runs on time. As you can see, very, very clever and only rivalled in its wit by other AM headlines like: Passengers on the Seaford line sure do stink and Liberal Party accidentally privatise their own car keys, now they can’t find their car keys, eek!

But the post went from very funny to a post of historical importance when Rob popped into the comments adding his trademark two cents.

His comment on the article read: ‘I thought this was supposed to be satire,’ drawing attention to how the subject matter of the satirical news article was believable in this crazy world we live in.

The comment has since attracted 17.8K reacts, has been screenshotted and shared by Pedestrian.tv 47 times and has been nominated for a Walkley, a Miles Franklin award and, somehow, a VMA for best on-screen kiss.