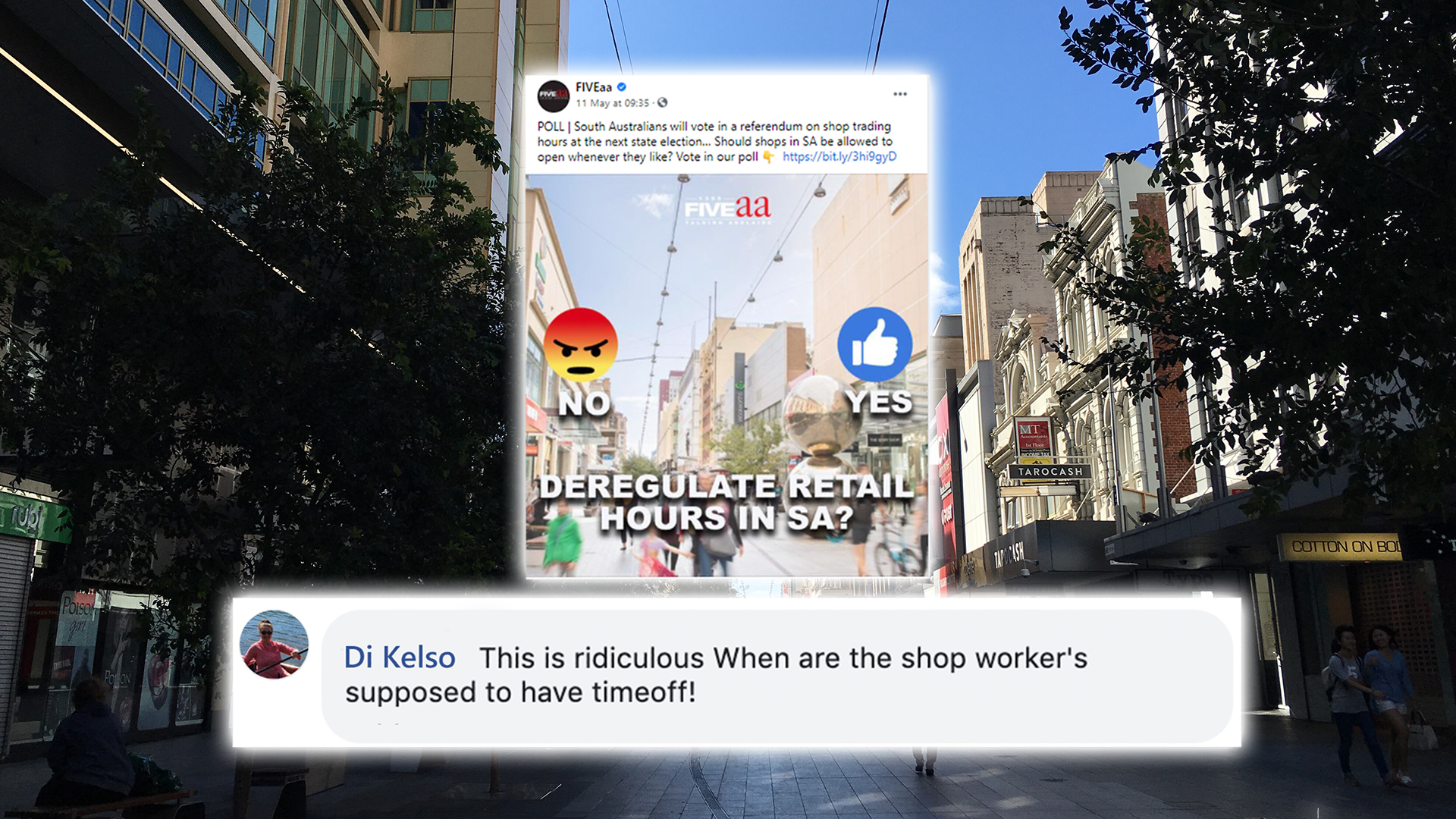 Whenever the state government finds a renewed focus on shop trading hours, it can mean one of two things. Either: details of another front-bencher’s taxpayer-funded regional travel are about to become public or Rob Lucas has found his Ayn Rand books again.

But irrespective of the state government’s latest presumed distraction piece/love letter to the free market, there is at least one South Australian who will not be voting for relaxed shop trading hour regulations if the bill makes it to a referendum.

‘This is ridiculous,’ wrote Kelso with a surprisingly high amount of spelling and grammar accuracy. ‘When are the shop worker’s supposed to have timeoff!’ continued the comment, balancing out her earlier adherence to the so-called “rules” of the English language.

The Adelaide Mail caught up with Ms Kelso in between her busy schedule of commenting on Advertiser articles, commenting on FIVEaa articles and calling SAFM to complain about a segment she heard on Kyle & Jackie O nine years ago.

‘It’s political correctness gone mad,’ she told us before we had even introduced ourselves, or indeed any topic of conversation. ‘They won’t even let you buy a house in this country now without a mask, unless you Chinese, of course.’

‘But that’s what they want to do with the trading hours,’ continued Kelso, seeming to course-correct herself. ‘Keep us working all the time so we don’t know about the paedophile ring…’

We tried to stop her from saying anything else before her ramblings landed us in trouble with whatever media body regulates satirical news sites. But we couldn’t get a word in edgeways between her monologue.

Some of the more junior members of our office argued that if we simply refused to print what she said it would save us the ethical headaches. While others pointed out that Di Kelso was nothing more than a fictional character we created, the dialogue of whom we had complete control over. All of those people were swiftly made “redundant” from the Adelaide Mail newsroom.