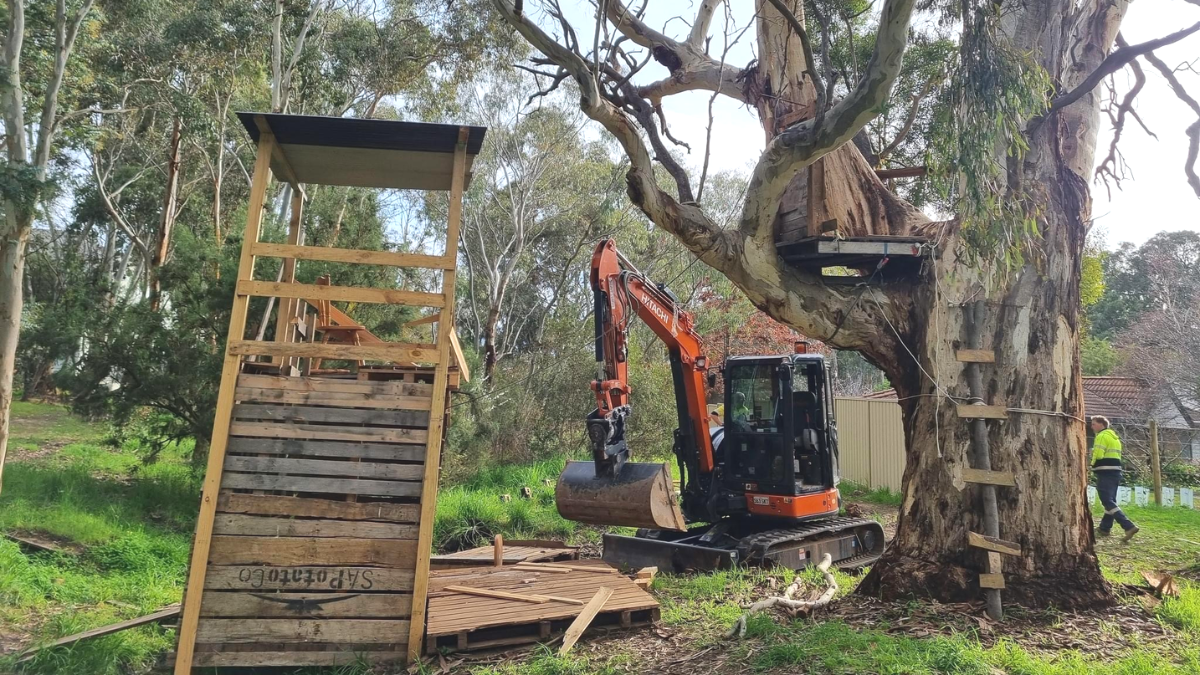 A three-metre-high structure built by kids in Mount Barker has been demolished after being deemed “of excessive size and build quality compared to all other new Mount Barker dwellings”.

The regulator for Mt. Barker house and land packages, Kram Dinn, has stated ‘Yes, we recognise that this is unfortunate for the primary school aged children who have built this structure, but unfortunately it clearly does not comply with local new building regulations’.

‘I mean, look at this’ Dinn told Adelaide Mail reporters ‘First off, they’ve actually used real wood and nails. That’s a clear violation. Most of the new estates here are built with a combination of Particle Board and Aquadhere’.

‘Moving on to property size, and clearly once again the kids have gone a bit overboard here. This dwelling allows up to three children to stand with their arms apart. I challenge you to go down around Heysen Boulevard and find me another new build this spacious’.

However, Dinn didn’t deny this dwelling development doesn’t diverge disproportionately from many other new builds in the Adelaide Hills.

‘They’ve done some things right. A lack of insulation, uneven foundations, and a lack of protection from the elements all get a big tick. We’ve got some cowboy builders around who are even putting in gutters and stuff, but as long as these kids don’t go too rogue we’re willing to work with them on a new build’ Dinn concluded.

‘We regret that it’s come to this, but it’s a safety issue and we really need to protect what’s important…What? No, not the children. I mean the profits for interstate and overseas property developers’.