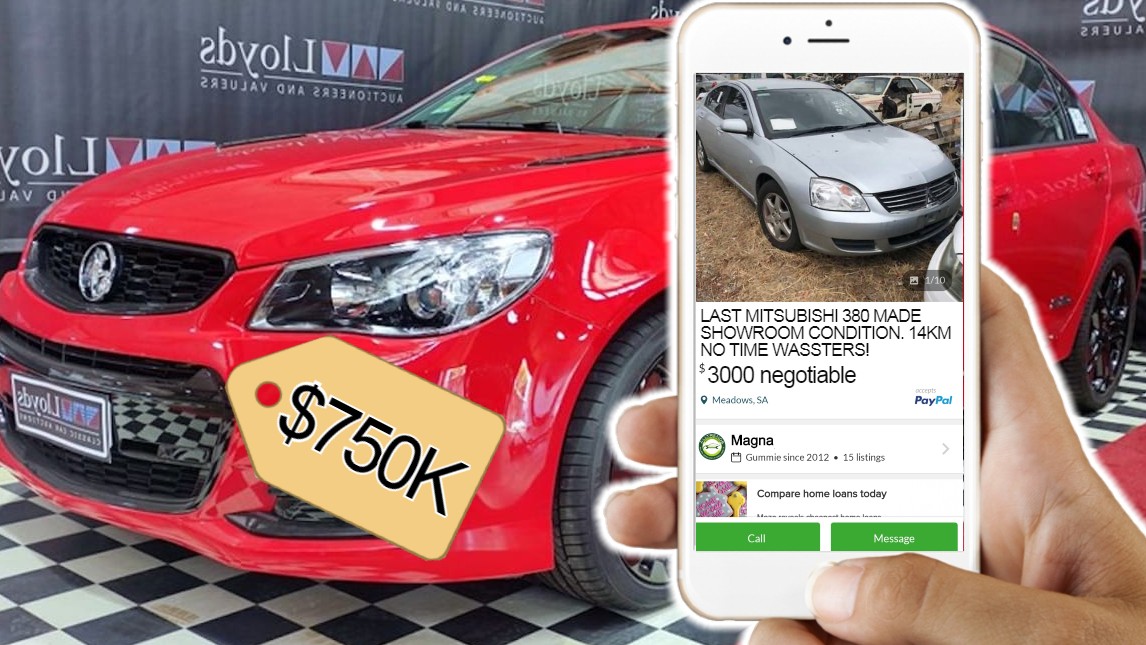 As the last ever South Australian made Holden Commodore sold at auction for $750,000 over the weekend, a similarly iconic locally made car continues to be passed on by local automotive enthusiasts.

The last ever South Australian made Mitsubishi 380 still sits on Gumtree at “$3000 ONO. TEXT ONLY ., NO TIME WASSTERS PLEASE!.”

Despite still being in showroom condition, the seller states there are a few problems with the car without deciding to elaborate any further in the online classified ad.

“Hi. I’m wondering if this is still available?”

“Okay, how many kilometres has it done?”

“Did u read the ad ? I said no tim wasters!!. it is in showroom condition and has only done 9km because thats how long the timing belt lasted and i havent gott4n round to fixing it yet should be an easy fix though . mate of mine says there only about $30 including labour to replace . are u coming to buy it . why arent u coming now?”

“Thanks, where are you located?”

“please stop wastting my time by messaging me if u are seirios about the car this is a good price , nothing wrong with it except for the back windows dont roll up and the alternator sometimes will catch on fire a bit , should be an easy fix though I’ve heard. are u coming now im very busy”

“Yes, I am interested in purchasing this car. Where can I meet you to view it?”

“stpo wasting my time., there is enough people interested in this car who arent asking sommany questions like u are . if u ar serious buyer then u would have already organised a tow truck too come get it instead of wasitng my time, i am oging to sell it to someone else goodbye”

After deciding to leave SA’s most unremarkable car wherever it is to rest, we received a notification two days later from the seller stating the asking price was now reduced to $2400 if we were still interested.