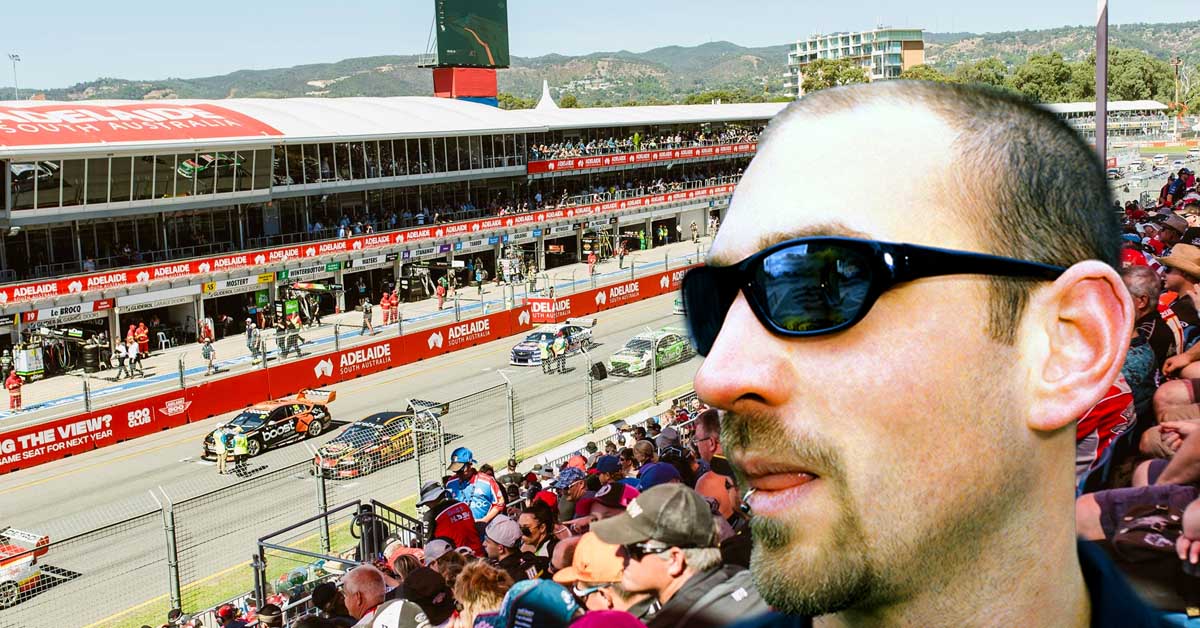 In what has been described by economists as an unpredicted and alarming spike in demand, a Fullarton Road service station adjacent Victoria Park’s motor racing track has completely sold out of one particular style of sunglasses.

The distinctive wrap-around style of $15 black sunglasses typically sells one to two pairs per month. The sales usually come at the hands of a teenage dare or a suburban dad towing a boat on his way to Murray Bridge.

Owners of the service station have described those recently buying the sunglasses as men, all of similar appearance and age with the exact same facial hair, a goatee. The men are usually seen wearing some type of uniform, a collared black shirt featuring stitched insignias which may or may not be gang-related.

Economists from Adelaide Research & Survey Estimates (ARSE) have offered their thoughts on what could be behind the increased demand. The ARSE finger has pointed towards an orchestrated move by owners of the sunglasses’ manufacturer Doakley to create a false level of demand as they float their company on the intellectual property plagiarists’ stock exchange the All Ordinances 5000.

Premier Steven Marshall has a different idea, explaining who he thinks is behind the mysterious demand spike saying, ‘We had a Labor party in government who had grown arrogant with power. I have no doubts that Peter Malinauskas, Jay Weatherill and all their union buddies are sitting at home today wearing pairs of their ill-gotten sunglasses. Probably to shield themselves from media scrutiny of Labor’s Big Budget Blackhole’.

Not one to pass up the opportunity to insert his unwelcome opinion into an unrelated topic, Queensland senator, and king of the nutbags, Fraser Anning says that there is only one explanation for who could pull off such an alarming affront on local, Anglo-Saxon shops. African gangs.

Satirical newspaper The Advertiser offered their take, laying the blame at the feet of the defunct fleet of Ofo shared bikes, former Premier Mike Rann and restrictive shop trading hours.

The mysterious owners of Instagram account ShitAdelaide also chimed in with their poorly-formed, unsolicited political opinions. The account owners wrote ‘We often poke fun at those buying speed dealer sunnies. But we truly believe that the government needs to do something to ensure that we have reliable access to speed dealers, as is our right as South Australians’. Bafflingly, the caption was attached to a video of a mentally ill man dancing in the Moseley Square fountain while on-lookers shouted ‘ShitAdelaide’. The video had 17,000 likes.