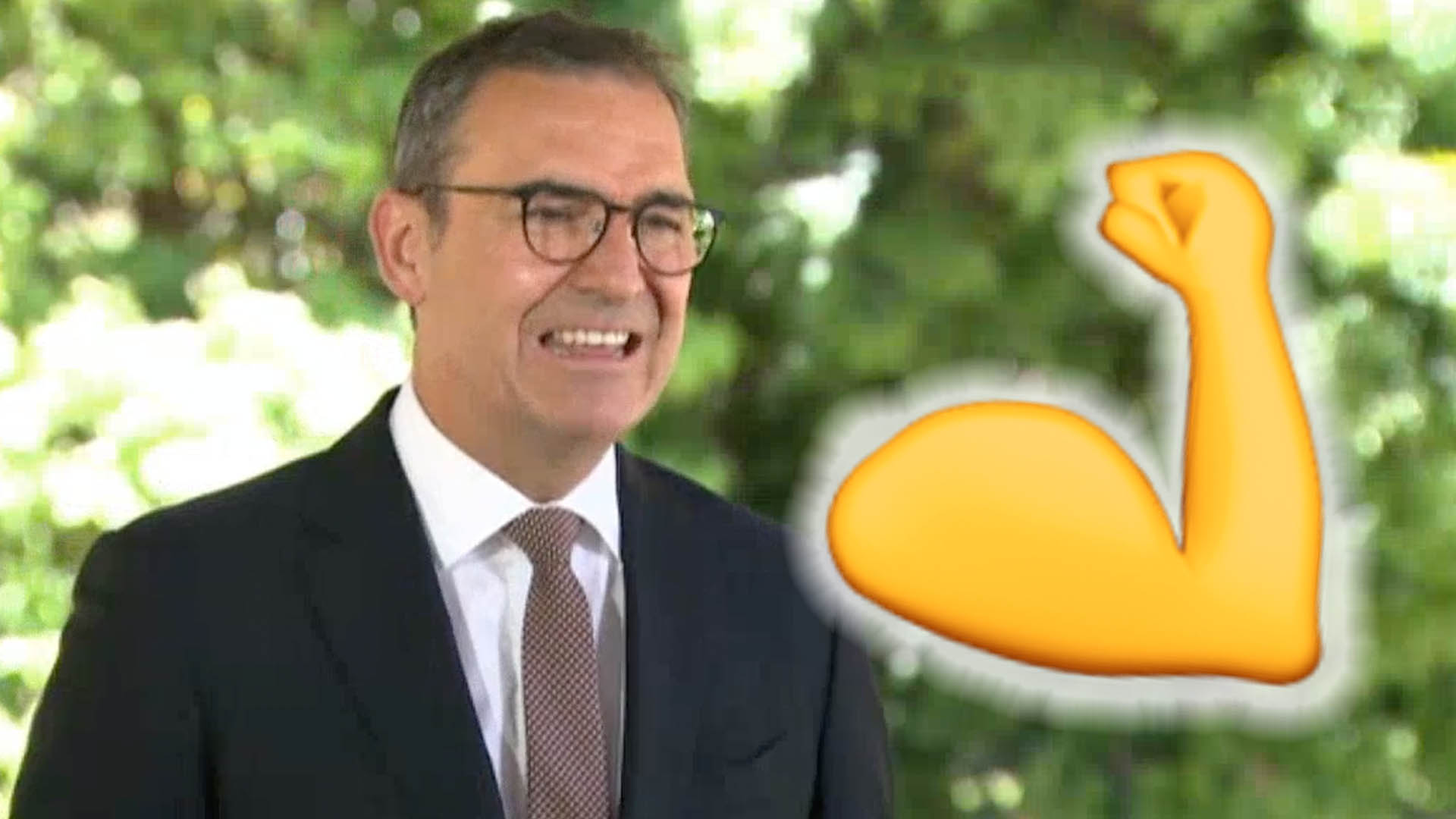 In a bid to cut costs during South Australia’s post-Freedom Day celebrations, Premier Steven Marshall has moved a number of staffers to a commission pay structure with payment calculated on how often they reach certain KPIs.

At the centre of the change is Marshall’s head speech writer Valet Regress, who spent two years in the job being paid on a cost-per-sentence-that-begins-with-the-phrase-“Our Message To The People Of South Australia Is…”. Regress will now only be paid when he is able to crowbar the phrase “flex up” into the Premier’s speeches.

And while the Treasury had forecasted the change in payment structure to save the state upwards of $300,000 per year, they did not forecast Regress’s shameless ability to include the words “flex up” in Marshall’s speeches, irrespective of relevance, meaning or whether they had any business being there in the first place.

‘What we need to do is flex up our relationship with the people of South Australia,’ the Premier read during yesterday’s daily COVID press conference.

‘And we’ll do that by flexing up our hospital beds ahead of a flexed up January for our state. We have massively flexed up our Chief Health Officer Nicola Spurrier who now stands at over 15 feet tall and if you’re watching at home we would ask you to, I suppose, flex up your working-from-home over the next month as this unforeseeable Omicron outbreak flexes up’.

The new payment structure has seen speech writer costs soar to their highest levels since Mike Rann’s head speech writer Gerry Playmander was offered a cool $3.4 million if he could make the elitist Labor Premier more relatable. After penning the single phrase “Go Panthers” it is understood that Playmander now spends the rest of his days retired on a Mallorca beach resort.

The South Australian government is believed to now be exploring a sponsorship opportunity with Flex Tape to fund the increased cost in the Premier’s speeches. Flex Tape is said to be interested in the deal, mainly for the meme opportunities of photoshopping Steven Marshall’s face on to the Flex Tape guy’s body with a bit of text saying “work-from-home” or “density limits” to stop a massive leak from a tank labelled “COVID”.