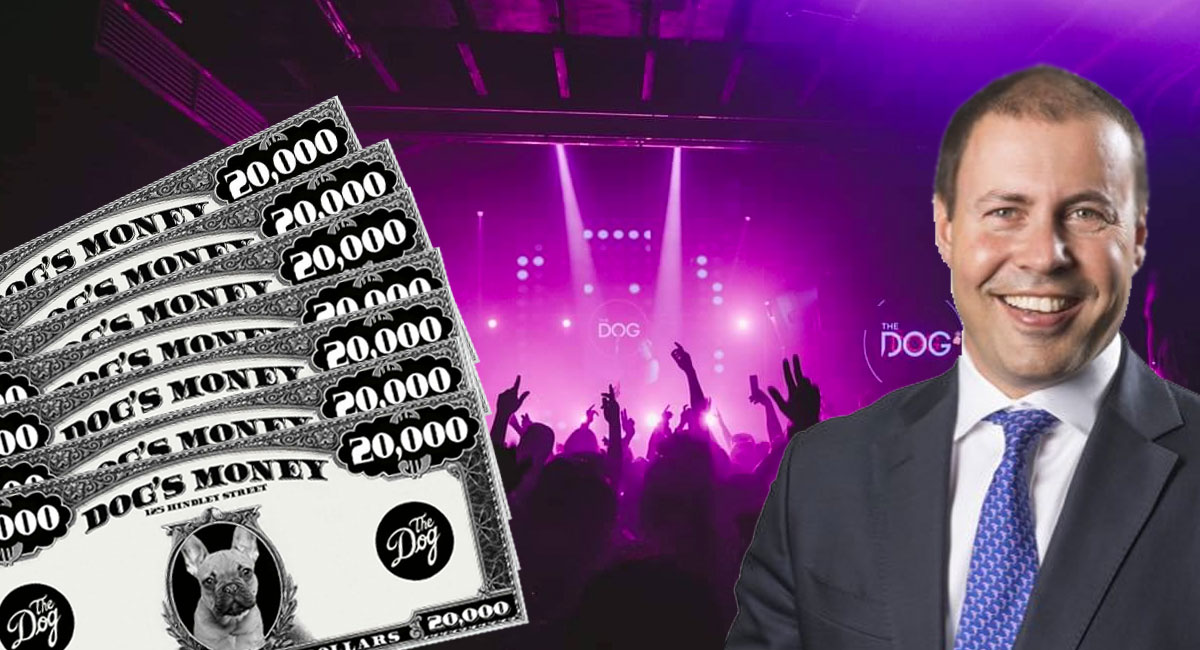 As South Australia grapples with the ongoing economic impact of COVID-19, the Federal Government has moved to stimulate one important financial sector, the local Dog & Duck microeconomy.

While some argue against the economic rationale of devoting approximately ten billion dollars from the Federal budget to a dingy Adelaide nightspot, others have lauded the announcement from the Treasurer to ‘keep the economy from going to the dogs by letting them go to Dog’s.’

Although many argued that the new DogKeeper scheme is nothing more than an opportunity to crowbar that ham-fisted soundbite into a press conference.

The scheme allows every Australian citizen aged 18 and under the option to convert up to $10,000 of their super fund to Dogs Dollars, a novelty currency accepted only at Hindley Street dive/nightclub the Dog & Duck.

And while some have questioned the ethics and reasoning behind pumping around one per cent of Australia’s GDP into the Dog & Duck, those on the receiving end of the Dogs Dollars are smiling all the way to the bank.

Randstadt Colquhoun is the Chief Marketing Officer and Bottle Capper at Smirnoff Beverages Australia and says that the new scheme has been a boon for his business.

‘When the lockdown laws first came into effect our company was staring down the very real possibility of a first quarter loss…purely because our most important demographic, underage teens, were no longer able to enjoy our product…mainly because their parents were hanging around home all the time,’ Colquhoun told Adelaide Mail while performing something called a “snorkel” with a Smirnoff Double Black and a straw.

‘But this quarter is on track to become our best on record. Although the vast majority of our takings are in Dogs Dollars, which means that we either have to spend all of our revenue at Dogs or convince other portions of the economy to start accepting the DDs as a form of currency. We’ve had no luck at Harvey Norman’s yet, but we reckon the Good Guys would be on board.’