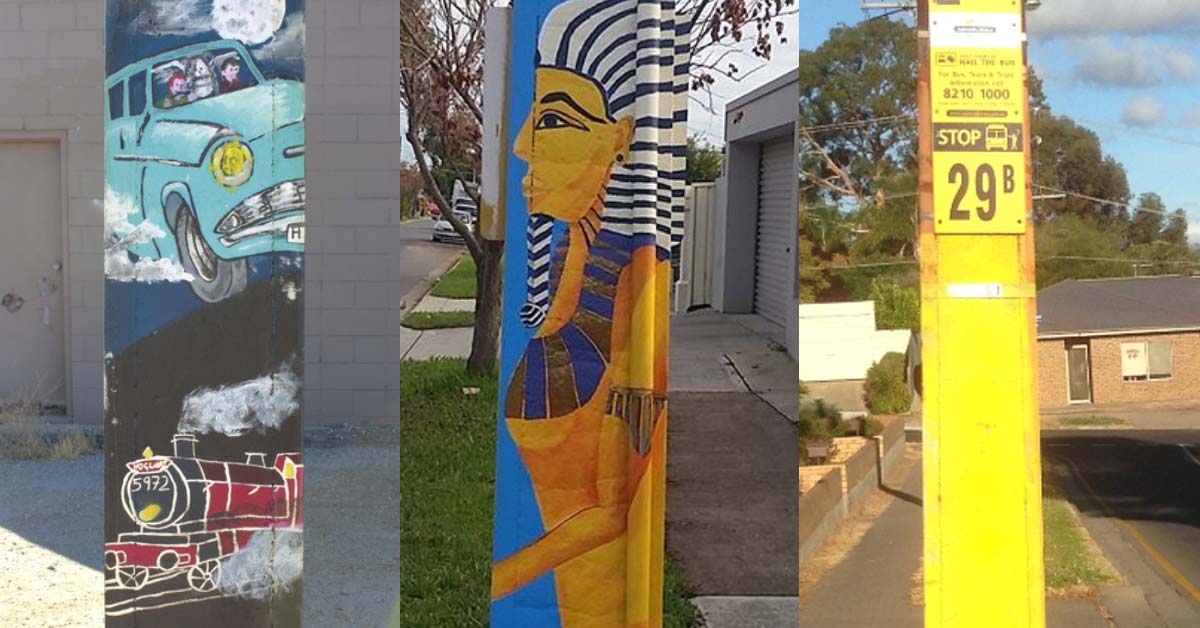 Fiona Foarzenshore fancies her home suburb of Croydon as something of a cultural hub in Adelaide’s inner west, and has become convinced that her local streets are home to several pieces by the world famous street artist Banksy.

A number of stobie poles in the area bear six foot-high, multi-coloured murals and have done since the early 2000s, although Foarzenshore has only recently entertained the possibility that the artwork might be examples of the mysterious artist’s work.

‘I guess I’m a bit of an art collector, bit of a fan of his, so I know a genuine piece when I see one’, explains Foarzenshore. ‘I’ve seen Exit Through the Gift Shop a couple of times and I’ve got the girl with the balloon hanging in my lounge room, I picked it up at Camden Market when I spent a bit of time in London…on Contiki. I’m a bit of a street art expert, I suppose’.

‘I saw on the news Banksy destroying that painting and thought “classic Banksy”, that’s exactly what he’s like’, continues Foarzenshore. ‘Anyway, I noticed that a car had crashed into a stobie pole on Port Road one morning, I was like “that’s just a classic Banksy maneuvre” don’t you think? Destroying a piece of art like that underlines the transient nature of the format’.

Several local primary schools have denied the claims, with one local principal stating ‘most of these stobie poles were decorated by children a couple of decades ago. I’m fairly certain that none of those kids were Banksy’.