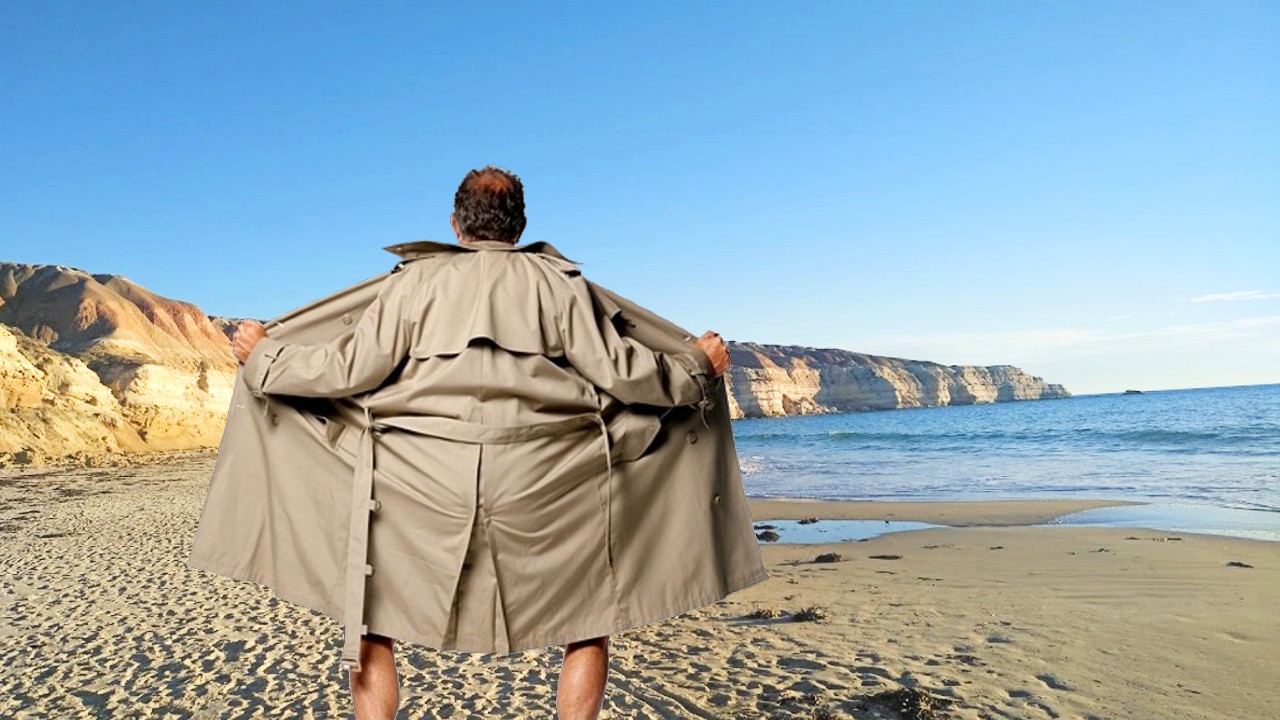 With the list of local COVID-19 exposure sites growing quicker than that bloke behind the bushes, another has been added to the list, despite it having nothing at all to do with Coronavirus.

The southern end of Maslin Beach is now (and has always been) an exposure site in South Australia.

In a statement by SA Chief Pubic Health Officer, Willy Cocks, ‘The nude portion of Maslin Beach is an official exposure site, with many incidences of exposure occurring on a regular basis. I must stress that while this should not have an impact on the physical health of the community, the reported observations are nonetheless alarming’.

Our reporter asked if it was being treated as an acute site, to which Willy Cocks responded ‘Not likely, mostly just seen old blokes’.

Adelaide Mail reporters will be keeping a very close eye on these reports from behind the dunes with a set of binoculars.

Note: Thanks to Nick for this story idea. He hosts a Simpsons podcast called “Pods in the Key of Springfield”.