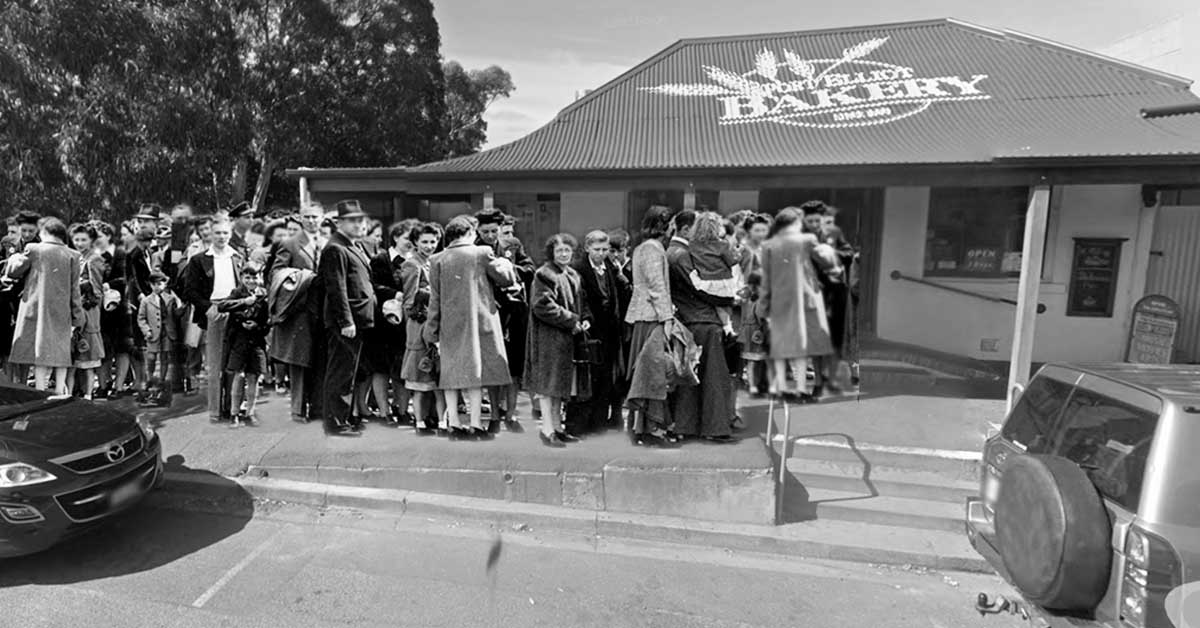 For the third time in as many years, wait times at a popular bakery in south coast retirement village Port Elliot have been held responsible for multiple deaths along with an unusual academic achievement.

Entire villages have begun to form along the Port Elliot main drag, with some communities now into their second generation of waiting for a pepper-steak pie and chocolate donut.

Sadly, it has also now been confirmed that two men have died while lining up, Gilbert Goodings told Adelaide Mail that his father’s last words revealed a man who had become entirely focussed on one goal.

‘He looked at me as he was taking his last breath’, says Goodings. ‘He said “son, you must secure the last steak and mushroom pie. Do not let my life be lived in vain”’.

‘I mean I’ve known no different, I’ve been here since I was three years old, I’m not leaving this line anytime soon. I am waiting here until…wait, no. No I haven’t left the line, I was just talking to this reporter…I don’t know where he’s from, The Adelaide something or other, I think they think they’re Betoota…well, no, it doesn’t seem funny at all, actually. Just seems like they had an idea and then didn’t really know what to do with it…, they didn’t even mention the guy who completed his medicine degree in the line, talk about burying the lede’.

Goodings returned to the back of the line, which is now somewhere along the Coorong.

In a bold marketing move by Golden Chain hotel management, the Elizabeth Motor Inn has proudly displayed a three and...