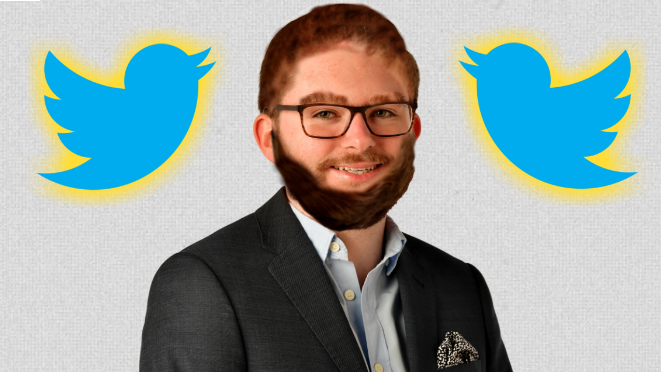 Cyberbullying is a cowardly act, which can be particularly harmful when aimed at teens.

However, in the wake of anti-bullying day, the Australian online-safety commissioner has made a single exception to the rule. ‘Obviously we want to stamp out the scourge of cyber-bullying wherever we can, however, we do feel that News Corp “Journalist” Caleb Bond is completely fair game. Nothing over the top, but when he starts banging along about how Islam causes falling property values, or how renewable energy is actually worse than racism or whatever, then please feel free to go at it’ stated the online-safety Commissioner.

However Caleb, South Australia’s best Christopher Pyne impersonator 2014-2016 and columnist for the State’s leading satirical newspaper, seems to only rejoice from any taunts or jeers, as his fan-base of baby boomers and right-wing twitter bots expands.

‘It’s a cautious area, tread carefully’ noted the Commissioner ‘so please, we urge you, if you are going to target Caleb, make sure it’s bloody funny. Kathy Griffin did a rubbish job, he even made her tweet his header image, and we condemn her for this. Telling someone to top themselves is not funny, yelling obscenities at him on the bus is not funny, but getting suspended from twitter for calling him a ‘pocket square’, now THAT’s fair game’.

Editor’s note: If nothing else, he seems to at least be a pretty good sport about these things, here’s our finest work thus far.