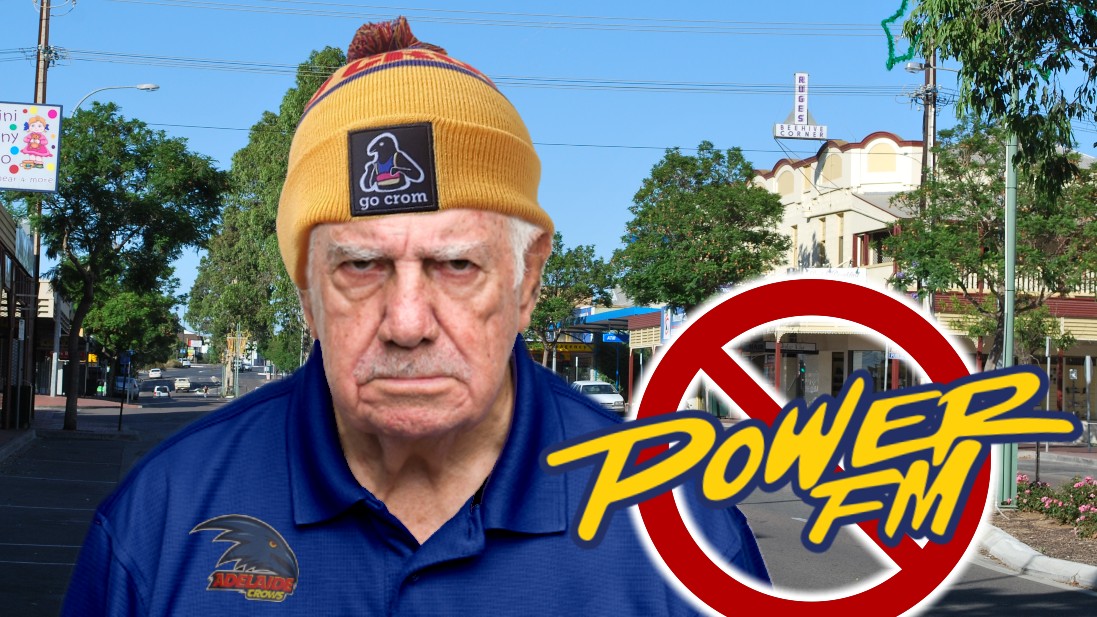 Lifelong Murray Bridge resident and Adelaide Football Club supporter, Jerry Atrick, takes his passion for football more seriously than most, which has resulted in many questionable actions within his life. The latest of which is refusing to tune in to his local radio station, Power FM.

Speaking to Adelaide Mail from one of those old Telstra corded home phones, Atrick told Adelaide Mail ‘Get this, the local radio station down here in Muzza is called “Power FM”, talk about media bias. I’m not going to listen to that rubbish. In fact, I refuse to have anything to do with the bloody power. I won’t set foot in my local Sports Power store, I do all my woodworking with hand tools, and I haven’t paid a power bill since 1996’.

When queried as to how he was talking to us through a phone that requires some sort of power, he replied ‘Diverted electricity. A lot of people in Murray Bridge know how that works. You know what I mean?’

After trying to reason with Jerry that he was still using power, despite not paying for it, he became angered and just started singing the 1998 parody hit “Not The Crows Again” before hanging up.

We then approached Power FM audience engagement chief/social media manager/afternoons host/traffic reporter/equipment technician/office window cleaner and content director, Ray Deeyo, who stated ‘Yes, this is somewhat concerning for us, for every listener we lose that’s like 4% of our audience gone. Now if you’ll excuse me, I’ve got to hit the road and hand out these icy cold cans of expired AC Cola’.

Note: If you are in Murray Bridge, The Adelaide Hills or The South Coast, Power FM is actually a great radio station producing top quality local content (with the exception of the segment Adelaide Mail does every Thursday Morning with Damon & Molly)