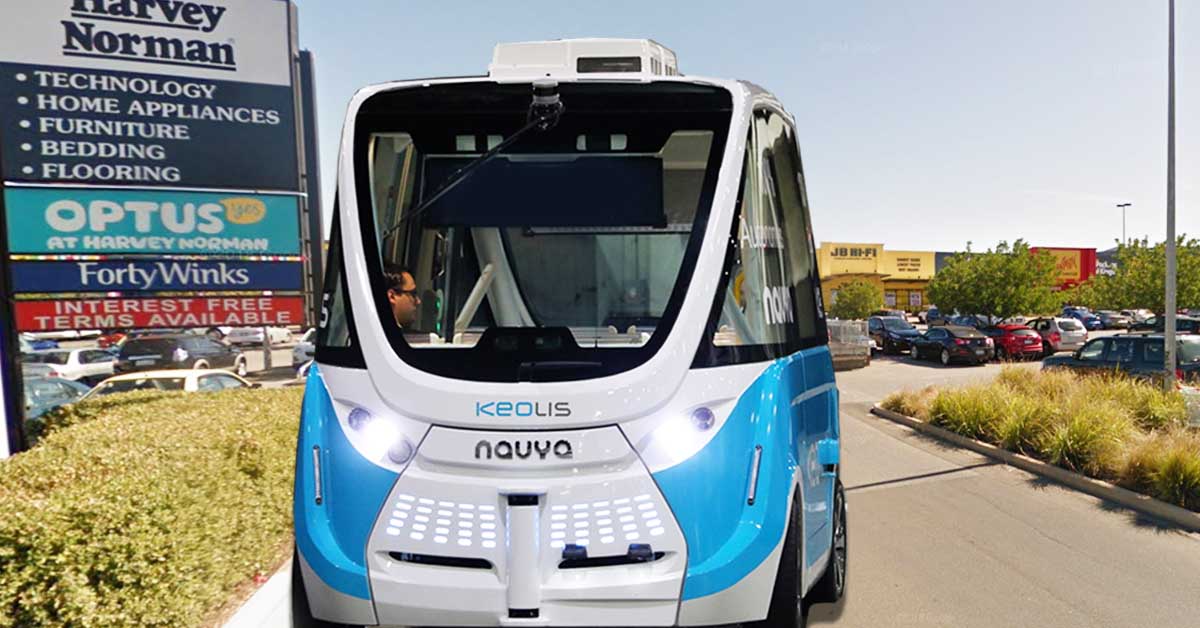 A minibus that operates without anybody behind the steering wheel has somehow become embroiled in a road rage incident in Adelaide’s northern suburbs.

Munno Para local and VT Commodore enthusiast Corflute Bifold reportedly became furious at the bus’s low speeds along Newton Boulevard, before challenging the empty bus to ‘Settle this right now’. Onlookers described Montana as ‘visibly agitated’ when he failed to find a person towards whom he should direct his rant.

‘He got out his car when the bus stopped to pick someone up’, says witness Grarnold Smart. ‘Next thing you know he’s shouting, jumping up and down because he can’t find the driver. So he begins looking around for him’.

‘He’s looking behind bushes, underneath the bus, climbing up trees. It’s started to look like a scene from a pantomime. Even more so once an audience full of six-year-olds started gathering around him shouting “he’s behind you!”’.

Bifold’s temper reached boiling point after a lengthy argument with the audience over whether or not the driver was indeed behind him.

‘They would shout “he’s behind you”’, continues Smart, ‘and he’d go “Oh no he’s not” and then they’d all shout “Oh yes he is!”. This went on for about forty minutes. The kids had a ball’.

‘Anyway, he was obviously pretty annoyed by this point. He looked like he was just about to punch on with the arse end of the panto horse after they bumped into each other. Luckily a cyclist rode past and he was able to start yelling at him instead’.