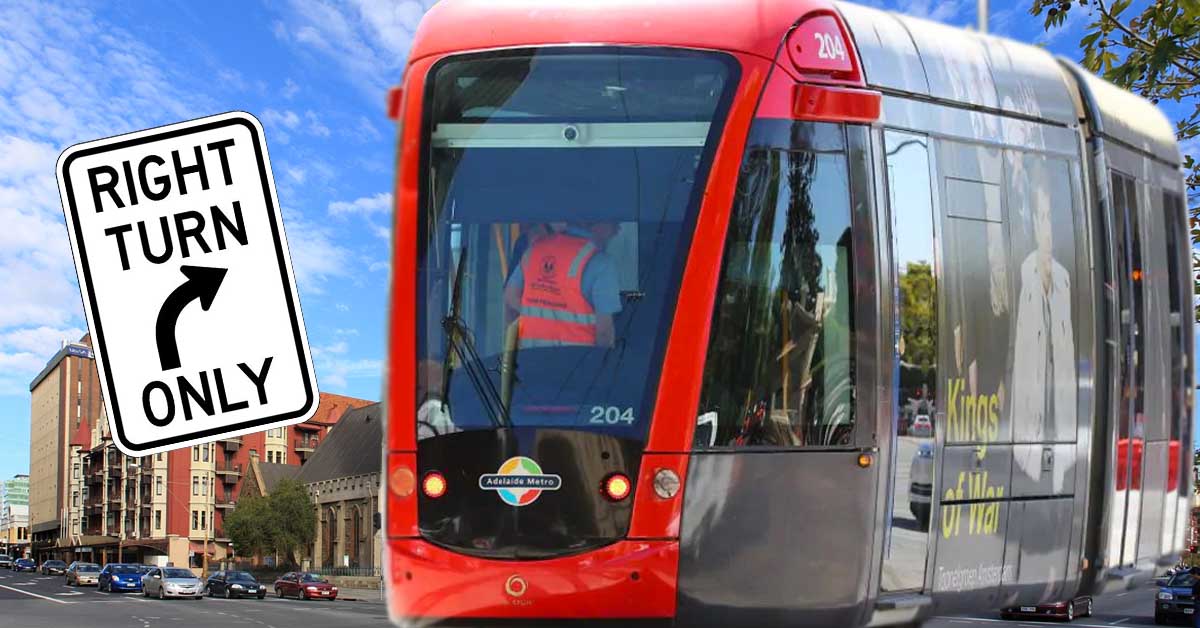 After months of deliberation, studies and costings, Transport Minister Stephan Knoll announced on Sunday that the right-hand turn for trams on to North Terrace has been scrapped.

However, due to a $37 million dollar election promise pledging to ‘make trams turn right on North Terrace’, the government has a new plan to deliver on their pre-election pledge…kinda.

In a unique move, the government will close a 250 metre stretch of the cultural boulevard to all traffic and pedestrians. In their place, a circular piece of track for trams to turn right at all hours of the day.

In what can only be described as a bold press conference Minister Knoll addressed the media from atop the Freemasons Hall, wearing nothing but a bath robe and shouting into a megaphone: ‘you want a right-turn on North Terrace? Here, here are your plans. Have a right turn on North Terrace!’.

The plans — distributed by Knoll emptying a rubbish bag full of hastily-rendered schematics on torn out leafs of a reflex notebook — revealed that the new route will operate 24 hours a day, feature no stops, drive clockwise along the circular track and run at an operating speed of 120 kmh.

Minister Knoll revealed that the plan is likely to cost upwards of $220 million, mostly due to the costs of engineering a tram that could run at such high speeds without derailing.