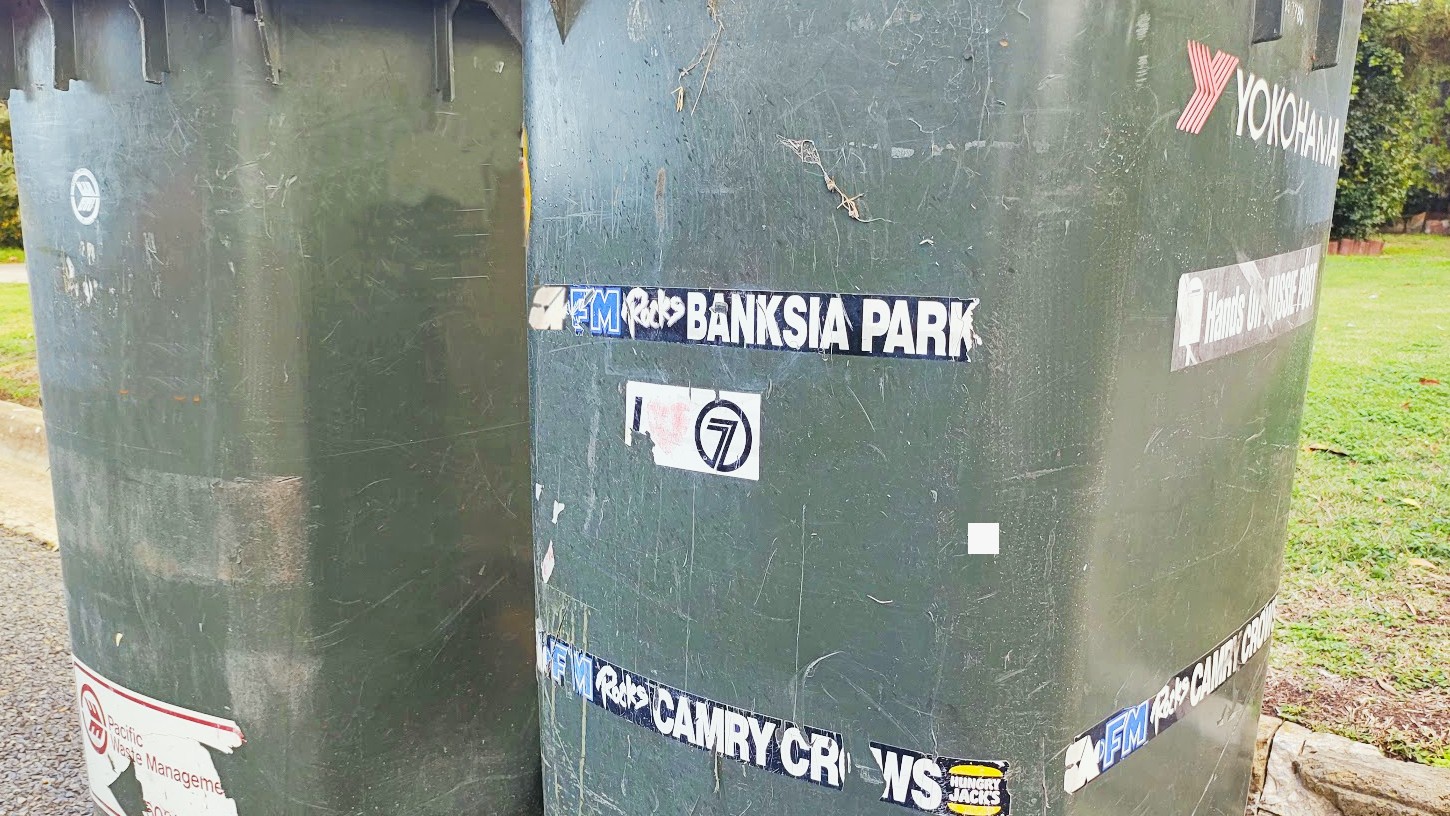 Speaking exclusively to Adelaide Mail about this strong opinion the bin stated ‘Yes, I stand by the fact that SAFM did, and still do, rock Banksia Park’ comically flapping their lid up and down like it was a mouth ‘but I guess that’s just my opinion, some people might say my taste in music is…rubbish! Ha-ha-ha!’ laughed the bin, flapping its lid even faster and harder.

It was at this point we realised that the two tabs of acid were really starting to kick in and we didn’t actually have a real news story to go with this headline.

Those stickers must be pretty durable to last this long though, that’s pretty impressive. There’s also a Camry Crows one with a Hungry Jack’s logo on the end for some reason, that’s advertising at least four companies on the one sticker.

Also, somewhat interestingly, this bin was spotted in the adjacent suburb of Fairview Park, not Banksia Park.

So in summary, we just saw a bin with an old SAFM sticker on it and thought “That’s probably a story” and here we are.

It is at this point we would like to remind you that this entire site is free and nobody is forcing you to read this, so please direct your complaints elsewhere please.