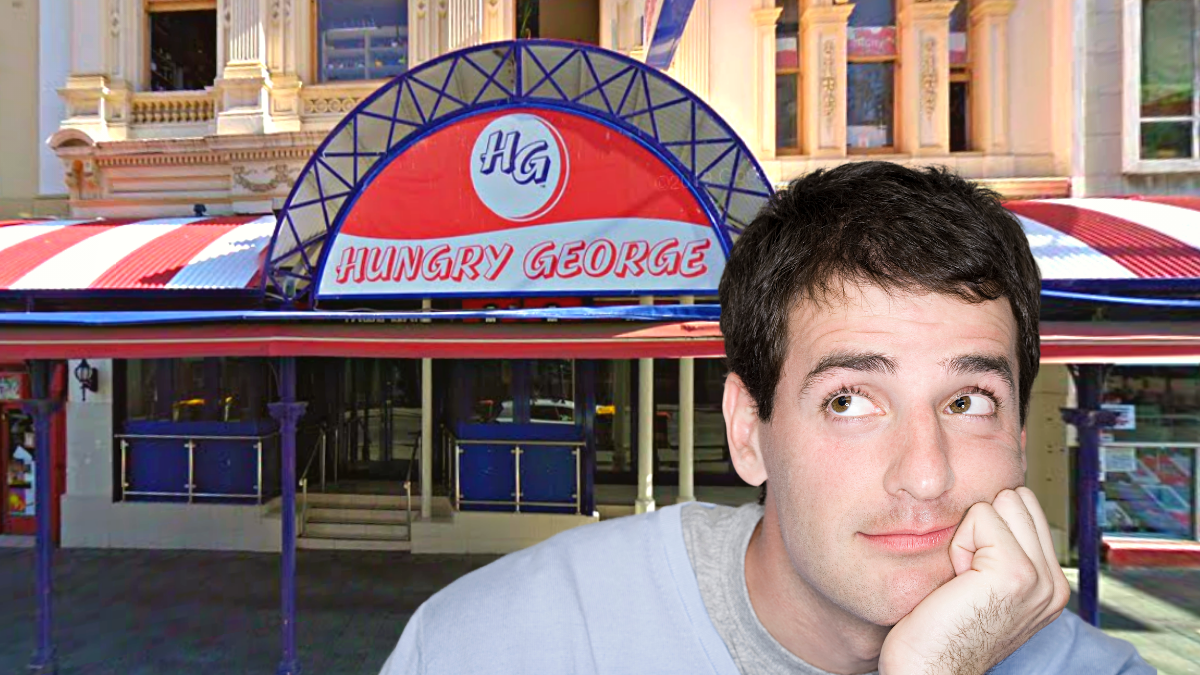 Finding himself unfortunate enough to be located on Hindley Street after work one evening, local man Mal Nurrisht wonders whatever happened to the restaurant (for lack of a better word) Hungry George.

‘Man, I could go some Hungry George right about now’, said Mal speaking aloud to himself as to not look out of place on Hindley Street ‘It was the only place you could order a burger or pasta meal with a beer…aside from some pubs and also most other places too, I guess’.

‘Also, it was called Hungry George, which is kind of like Hungry Jack’s. That was certainly something. Not sure where I’m going with this to be honest’ continued Mal, almost as if he was just typing down words as they came into his brain without any filter or further thought.

Despite closing somewhere around 2007, it has been reported that all three former Hungry George customers are still furious about this.

‘It was a sad day for South Australian foodies’ narrated Mal as he drew closer to the former Hungry George building ‘Not sure why it went out of business, I was there once every few months and I saw some other people there a few times, I think’.

‘I wonder what’s there now?’ shouted Mal to hear his voice over all the others as he walked up Hindley ‘Without looking it up I’m going to guess it’s either a shisha bar, massage parlour, obvious drug front, dilapidated shithole, or perhaps some sort of combination of all of these’.

Although guessing correctly, this is unimpressive as Mal just covered at least 90% of Hindley Street businesses.

Upon arriving at the old Hungry George site, Mal found a dropped and obviously trodden on chicken yiros near the entrance footsteps.

‘Ah, just like they used to make them’ Mal said ‘But somehow more hygienic’.