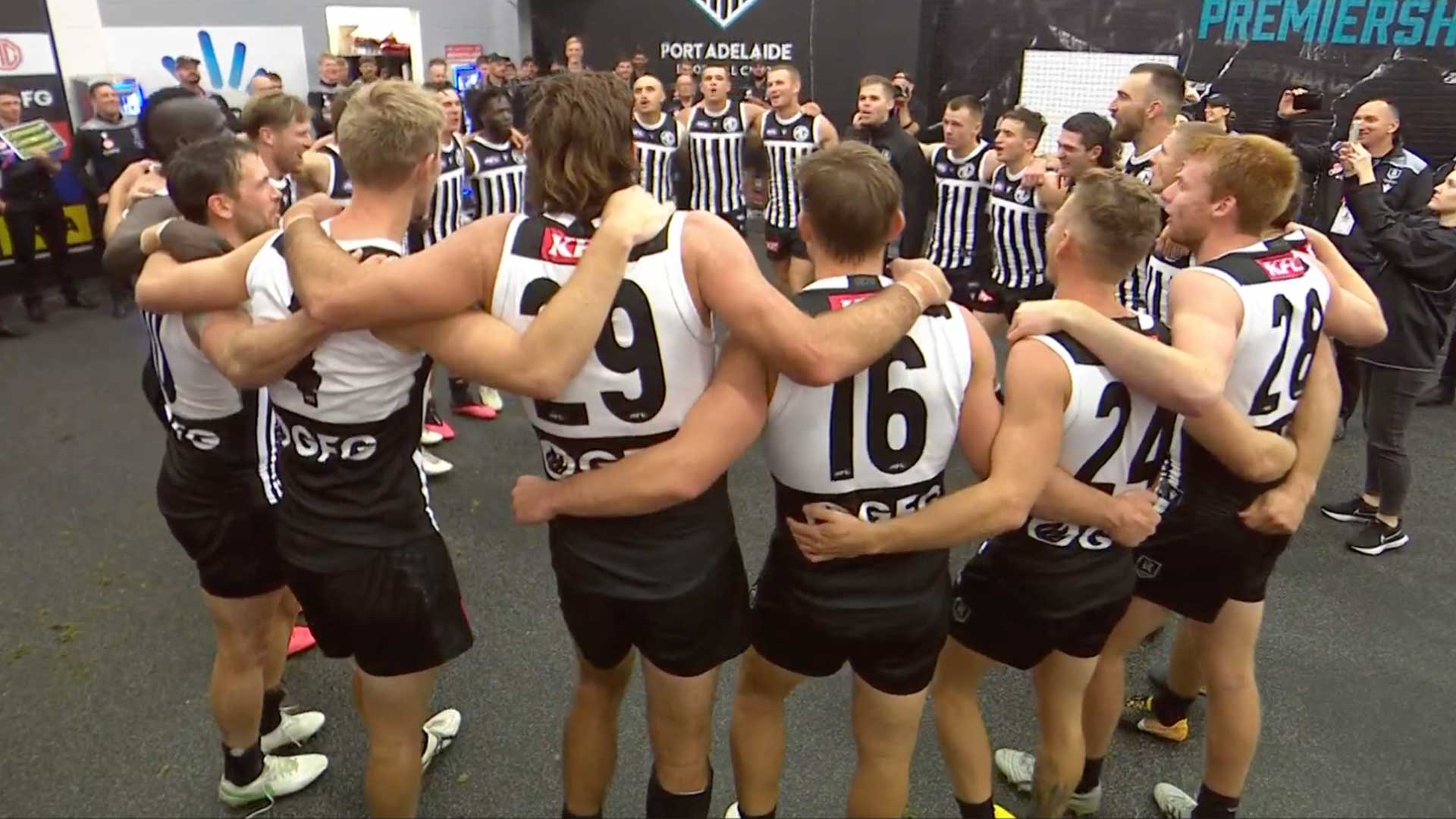 The Port Power Football Club have turned up the heat in their enduring fight to wear their favourite costume while playing games of football with friends.

Throughout the week, Channel Seven’s finance reporter was embroiled in a heated war of words against a Channel Nine gameshow host about which football team was allowed to wear a costume featuring black-and-white stripes.

The exchange spilled over into vitriol during the week when the finance reporter wrote a nasty tweet, comparing the gameshow host’s stubborn resistance to clashing outfits with the actions of Donald Trump. The former US President responsible for deadly riots in his country’s capital.

The issue looked to be resolved when the Port Power players emerged on to the oval on Saturday night in matching outfits that contained a colourful dash of teal on top of the much-coveted black and white.

However, following a fun game of football against their South Australian pals, Port Power players retired to the changerooms, only to carry out a synchronised costume change into the controversial black-and-white outfits.

While some may have argued that the angry costume change might have done enough damage, the players proceeded to break out into a powerful closing song to ram home their right to wear whatever they damn well please.

The carefully rehearsed number saw the team rhyme the phrase “stop, stop, stop” with “top, top, top”, imaginative lyricism that would surely have the gameshow host re-thinking even messing with the Port Power players in the first place.

Of course, while we support every person’s right to wear whatever outfits they want to wear, we’ve got to say that it’s a bit of faux pas to all rock up to the same event in matching colours.