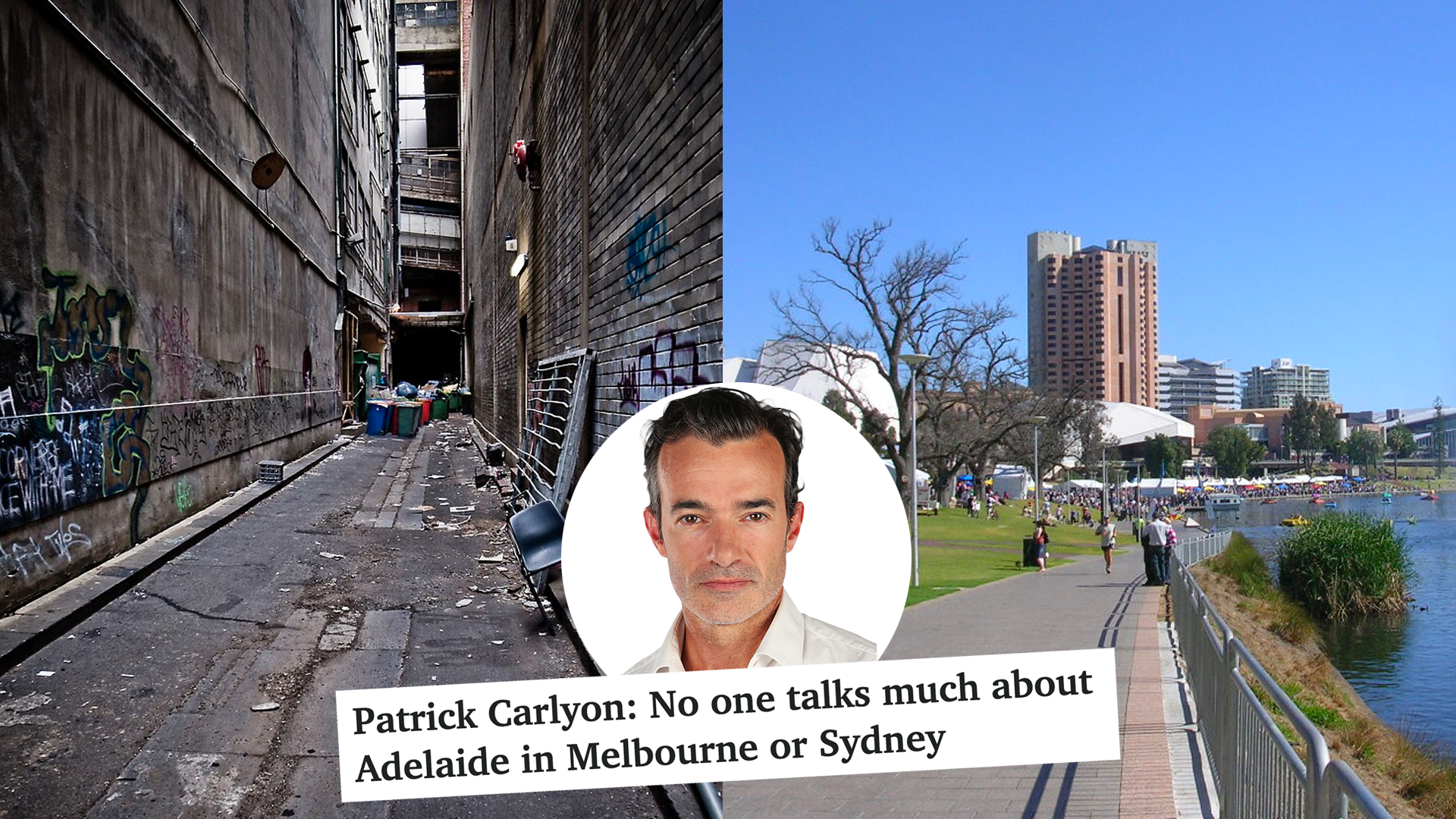 Inspired by Melbourne satirical newspaper The Herald Sun, we employed our own Melburnian to write an editorial about South Australia, Victor Ian Nobb.

To be perfectly honest with you, I’m not even convinced that people really live over there. I once saw a photograph of Rundle Mall which was taken at 5:40pm on a Wednesday afternoon and there were only three people in the shot.

Two of them were these child buskers, brother and sister I think, performing what looked to be an appalling magic show. To be honest, they creeped me out a lot. The other was a businessman who was clearly lost, I mean what could a businessman possibly be doing in Adelaide?

I would say he was on a business trip from Melbourne or Sydney, but we all know that no business is ever conducted in Adelaide. Not since Jeff Kennett somehow managed to buy every single South Australian business, move them across the border (where they rightfully belong) and then sell them off to his mates to hastily close down.

So clearly, he was an actor paid for by the South Australian government to make the rest of Australia think that those two dozen people who live over there might one day start contributing to the rest of the economy for the first time ever.

The colony of South Australia…or is it a territory? It’s surely not a state. Either way, Adelaide and South Australia should do the rest of the country a favour and secede.

Of course, I’ve never been there myself, but rest assured, you just know that a half an hour in Adelaide would be more than enough to send you into a coma.

And anyway, why would you want to go over there? There’s no reason to leave Melbourne now that only 90% of our beaches are sewerage and discarded needles. Looks like the Greens have finally been able to do something useful and clean up our beaches.

Now, call me patronising, but there simply is no Melbourne-Adelaide rivalry. It’s just the way it is, you don’t even cross our minds over here. That’s why I wrote this op-ed.