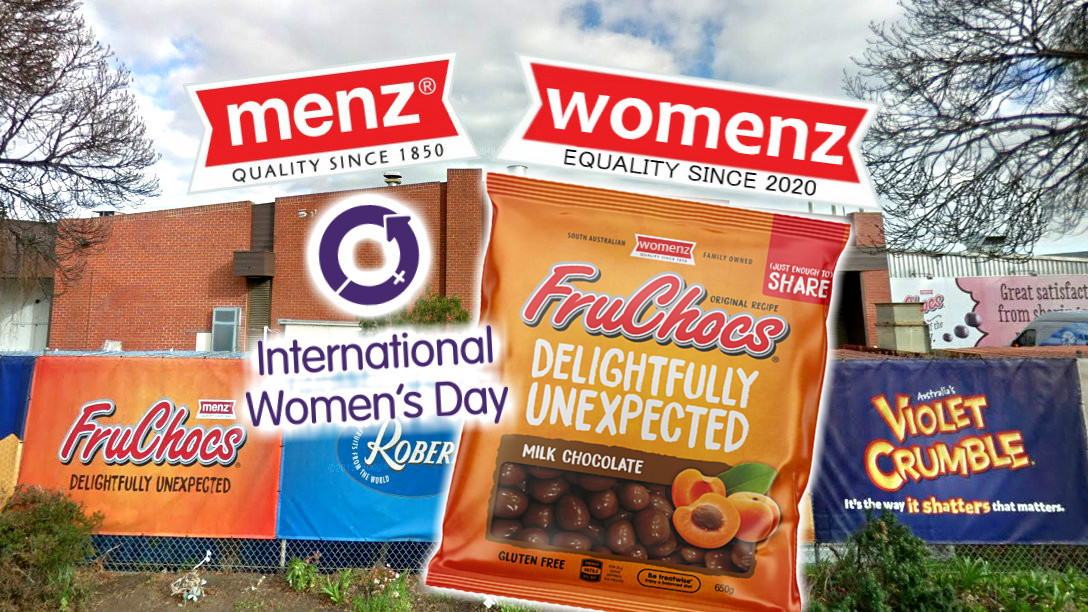 Menz Confectionery have released a special limited edition run of their much beloved FruChocs for International Women’s Day on March 8.

The Womenz FruChocs, will be released to raise funds for various local women’s charities, particularly those researching the link between pregestational diabetes and the over-consumption of chocolate products.

However,  this decision has already been met with some controversial claims, with recently sacked marketing manager of menz confectionery, Zara Combez saying ‘This was about 78 percent my idea before I was sacked and was stolen by a man’.

Menz rights’ activist Guy Mann* had an even more controversial response to the release of Womenz FruChocs, stating on facebook ‘It’s us men that are bearing the cost of this political correctness. They probably got some government grant to pay for it all, and it’s us men that pay way more taxes for these things because we earn so much more than women. Anyway, I’ll show them, I’m refusing to buy any of them and will eat regular menz FruChocs all International Women’s Day in protest’.

However, it’s not all bad news, with supplies of Womenz FruChocs already low or non-existent at most retailers, due to local men like Darren Totes-Clueless throwing their support behind the concept, ‘I spent two days on the road trying to get a big enough supply for me and the missus to eat on International Women’s Day. I’m sure she’ll appreciate my effort, ‘cos it shows like that I respect stuff chicks do’.

His wife, Sharralanda said ‘I guess he’s trying, but when he didn’t come home one night because he was out shopping for FruChocs I was pretty worried. Also, it was bin night and the green bin was really heavy after I mowed the lawns when I got home from work, and my obstetrician said I shouldn’t be lifting heavy objects now that I’ve hit the eight month mark. But I’ll get to eat a few mid-range chocolates on Sunday I guess, if he hasn’t eaten them all beforehand’.

Editor’s note: If anyone from menz sees this, we’d love for you to use the idea and donate proceeds to a worthy women’s charity.