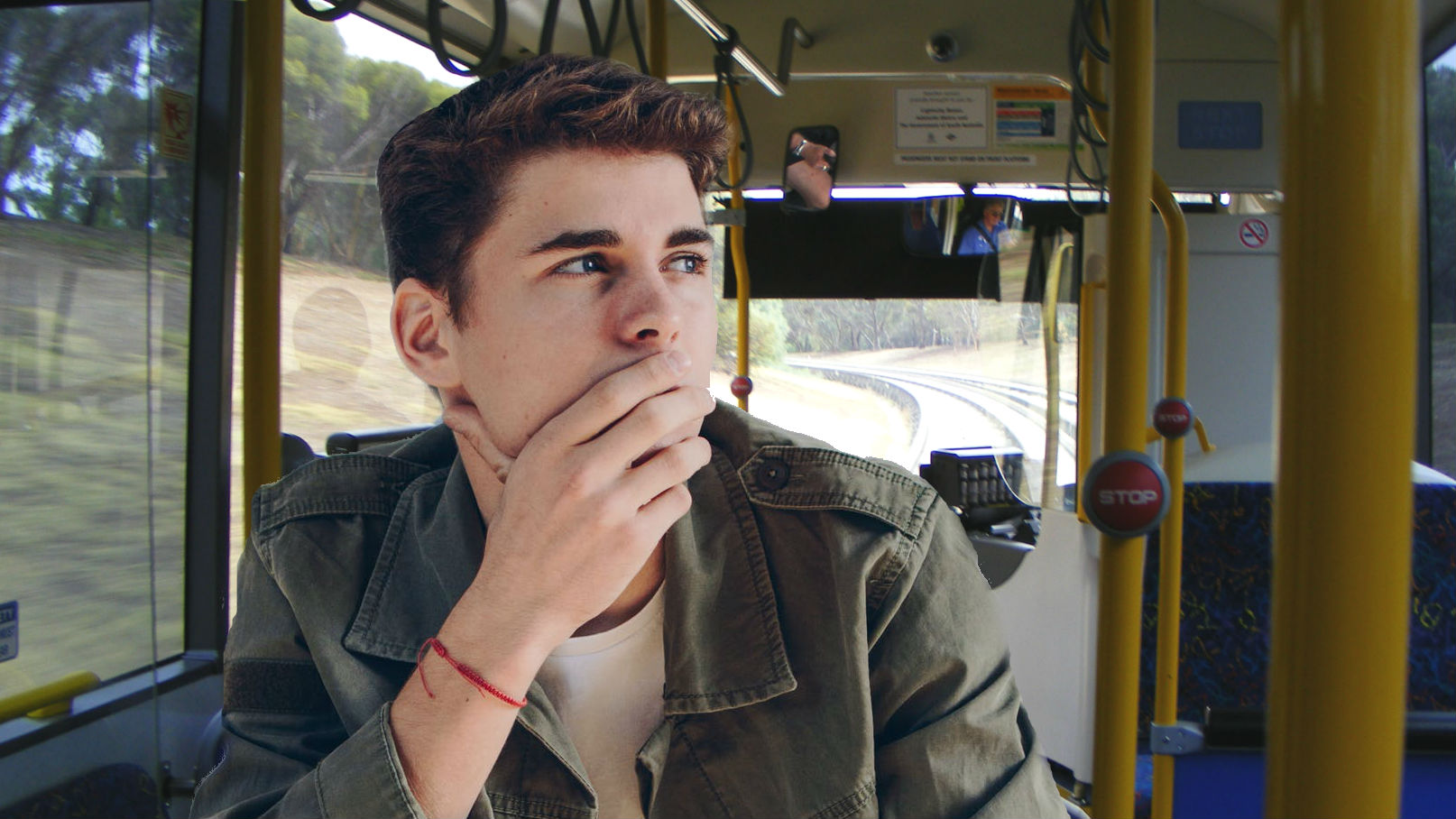 For the fourth time in as many weeks, Branden Burg of Klemzig has once again managed to find himself on an express O-Bahn bus from the city to Tea Tree Plaza.

A mistake than should only be made once in a person’s life has become a common occurrence for Branden, resulting in many lost hours, much embarrassment, and worst of all, having to spend some time at Tea Tree Plaza interchange.

‘I just keep forgetting to look at the bus number, hey?’ said Branden ‘usually it’s ‘cos I’m engrossed in the latest episode of “The Masked Singer” on my phone, or sometimes it’s ‘cos I’m crackin’ up at the heaps funny ShitAdelaide memes, dunno why I keep doin’ it hey?’ Branden asked rhetorically.

While it is clear that Branden is a stupid idiot, Adelaide Mail followed Branden to see how this kept happening, believing it surely couldn’t happen two days in a row.

We watched Branden leave the Currie St. TAFE campus where he is in his fifth year of a one semester ‘Learn Lightroom’ course, where he sure enough hopped straight on to the 541X. Following him onto the bus, Branden hit the stop button as we approached Klemzig interchange, causing several other passengers to turn around and have a look at who the idiot is today.

As the bus passed Klemzig, Branden let out an audible ‘Oh, not again!’, after which he paused a repeat episode of “Two and a Half Men” (which he was playing without headphones), then put his phone to his ear and said ‘Yeah mum…I’ll be a bit late…Yeah, the express again’.

Ten minutes later Branden got off at Tea Tree Plaza, avoiding the annoying teenagers while he waited for a bus back to Klemzig.