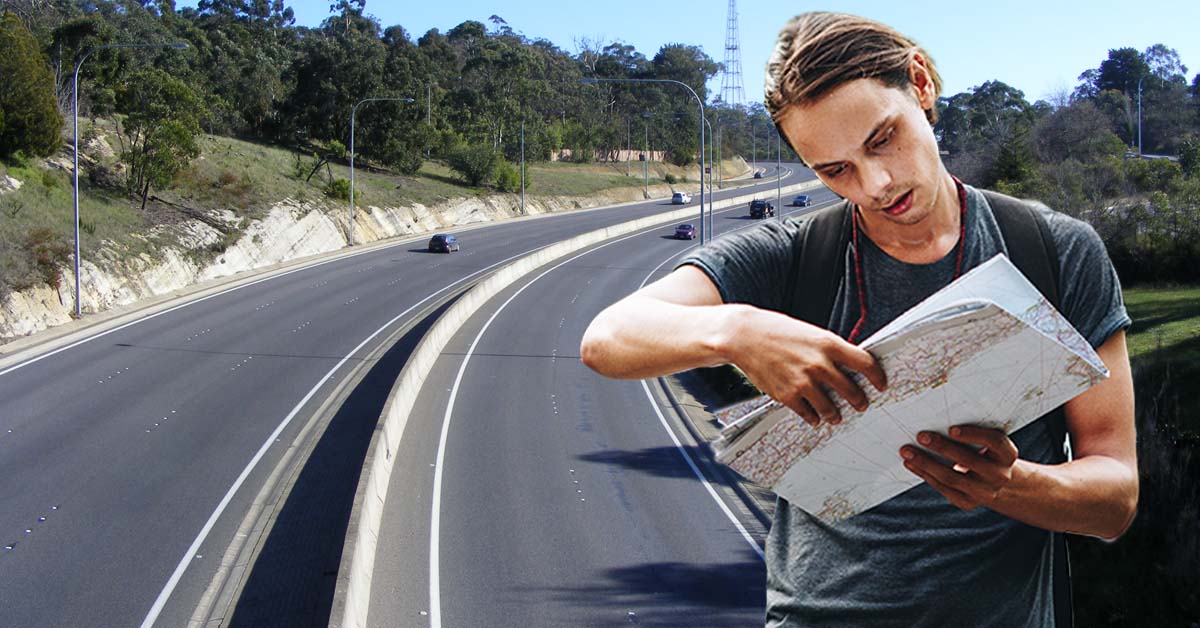 A motorist who stopped at a Glen Osmond Road service station for directions to the closest mechanical likeness of a mythical river creature has raised eyebrows by asking an OTR employee ‘Which freeway?’ in response to his directions.

Usper Ararat has a rare medical condition that requires him to view a statue of a Bunyip, or similar, at least once a day. It’s an illness that often sees him urgently asking locals for directions to the nearest Bunyip.

‘He came in, and he was just frazzled. He was sweating through his jumper, and he looked whiter than Burnside’s Census demographics’, said OTR Head of Gatorade Specials & Motorist Directions Bienvenuto Shahin.

‘I was standing in front of the fridge merchandising the Gatorades, you know they’ve been flying out the door because of our very generous “Buy 8, Get 1 Half Price” sale we have on. And he comes up to me saying “Where’s the Bunyip, where’s the Bunyip?”

‘I tell him you just take the Freeway up, and he stops me and says “which freeway?” I didn’t know what to say. I’ve never had anybody ask me which freeway I’m talking about…ever’.

In fact, a survey of all two people in the Adelaide Mail newsroom revealed that nobody has ever asked this question in South Australia before. With all surveyed responding ‘It’s the freeway. Cities don’t need more than one freeway’.