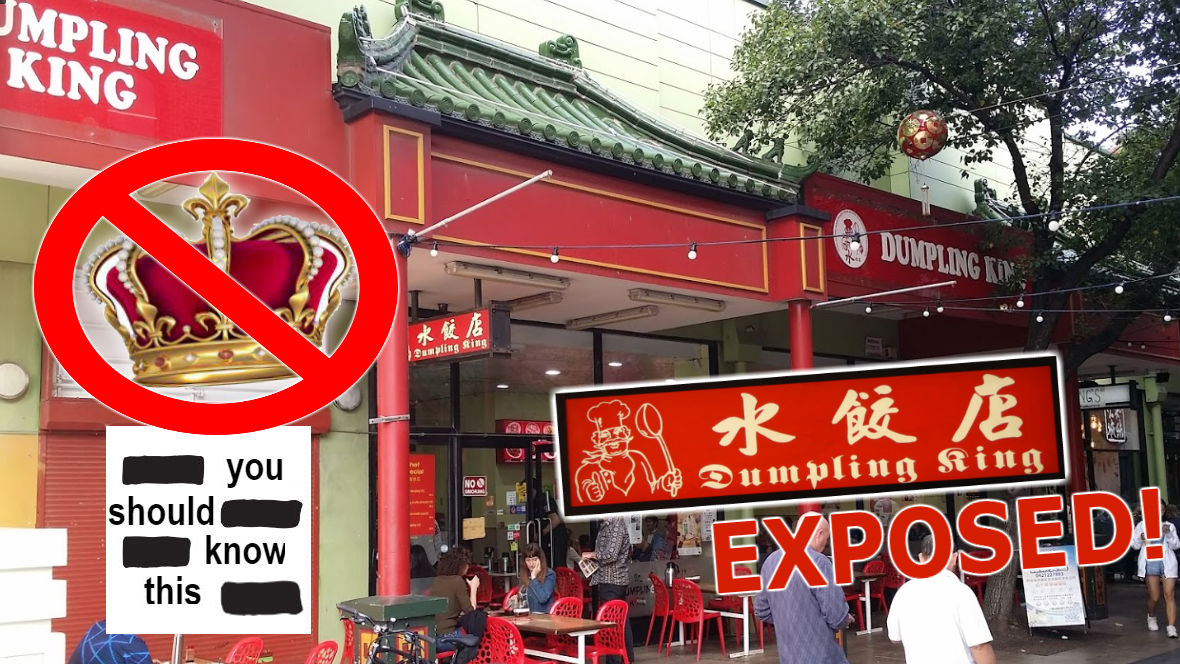 It has been revealed that South Australia’s much beloved dumpling stalwart, “Dumpling King” has been deliberately misleading customers by impersonating royalty. Leaked takeaway containers and documents reveal that, not only is Dumpling “King” not an actual king, but there is no tie to a royal bloodline whatsoever.

Adelaide Mail’s team of undercover investigative journalists secretly obtained DNA samples from Dumpling King’s sauces, broths, and teas to send for bloodline heritage testing to ancestry.com. The shocking results showed that not only is there no royalty within the DNA, but ancestry.com have now suspended our account for apparently “wasting their researchers time”.

Adelaide Mail has visited Dumpling King on multiple occasions in an attempt to ask for an explanation into its revealing regal replication, but each time we go there we get distracted and just order a whole plate of steamed dumplings, they’re just so cheap. At first we’re like, ‘there’s no way we’ll finish all 15’, but low and behold ten minutes later there’s a clean plate in front of us.

Once we finally did get around to asking to speak to the so called “King”, stating we were ‘from the Adelaide Mail….Adelaide Mail…Newspaper…like The Onion’, we were presented with two Spring-Onion Pancakes minutes later. As this has so far been the most valuable thing Adelaide Mail has received, we now consider this matter closed.