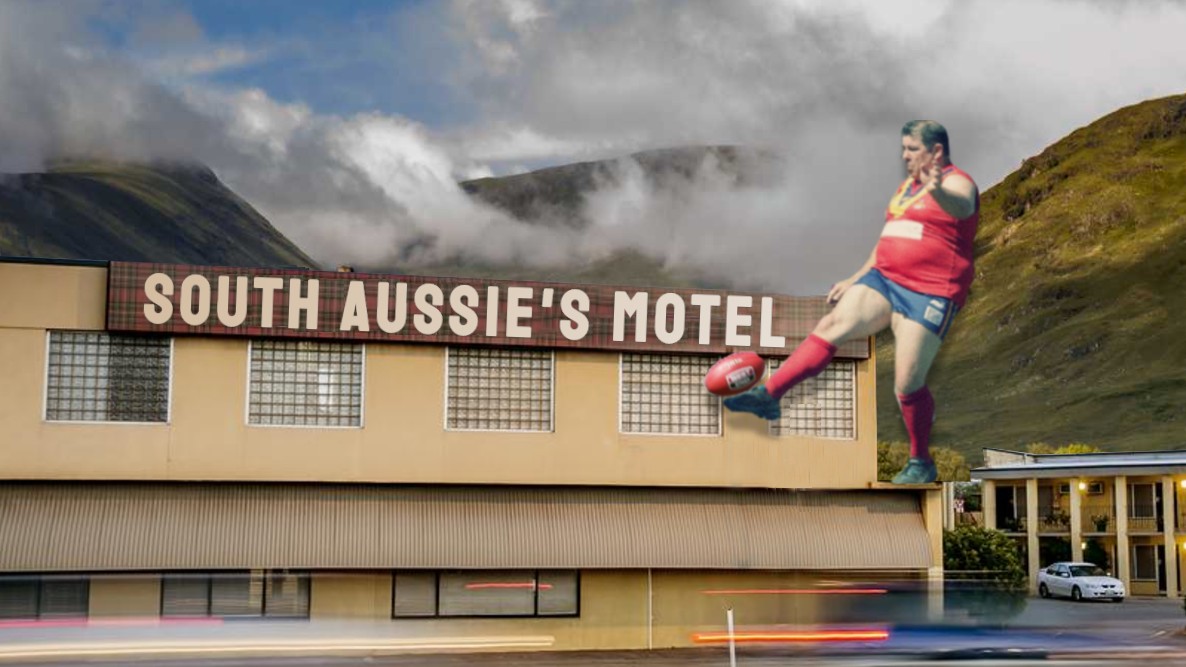 On the outskirts of Glasgow, the small Scottish town of McDundee has returned the South Australian reverence to Scotland with a tribute to Adelaide’s finest and most extravagant hotel experience.

Dressed in the traditional South Australian garb, the State of Origin guernsey, the statue of Jarman stands at two stories tall and nearly as wide.

Hoping to draw a range of tourists from all around the world, South Aussie’s Motel encapsulates all that is great about South Australia: Footy, rising salt damp, and car-park drug deals.