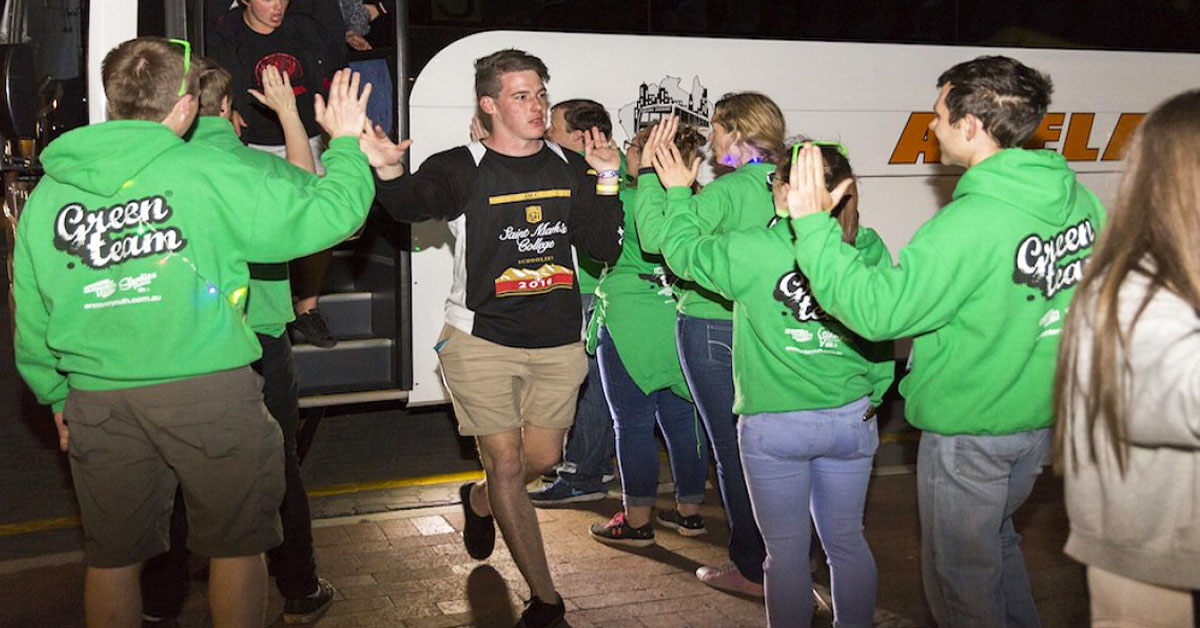 A terrifying new youth gang, reportedly referring to themselves as ‘The Green Team’ are already striking fear into the hearts of school leavers, only one day into the 2019 Victor Harbor Schoolies Festival.

Police are warning attendees of this year’s Schoolies Festival to be wary of groups of people wearing matching green outfits, having slightly too much fun for sober people.

‘The gang’s modus operandi seems to be to attempt to gain the trust of school leavers by offering them free drinks and sugary treats’, says Probationary Constable Johnson Romwilly-Weeks, the highest-ranking police officer SAPOL would send Adelaide Mail.

‘At this stage, we’re treating them as we would any other gang. We are advising school leavers, if they see any members of this “Green Team” to not make contact with them. We know that they are keen to lure our kids into their realms with their over-the-top Christian enthusiasm and delicious snacks’.

‘Now, we don’t know if the treats are laced with anything. We have had unconfirmed reports that the bottled water may have been blessed, with some of these “Green Team” members appearing to spill water on Schoolies in some kind of staged accidental baptising’.

‘Let it be known that we take these reports very seriously, and I will be investigating this…as soon as the other boys tell me where they’ve hidden my hat’.