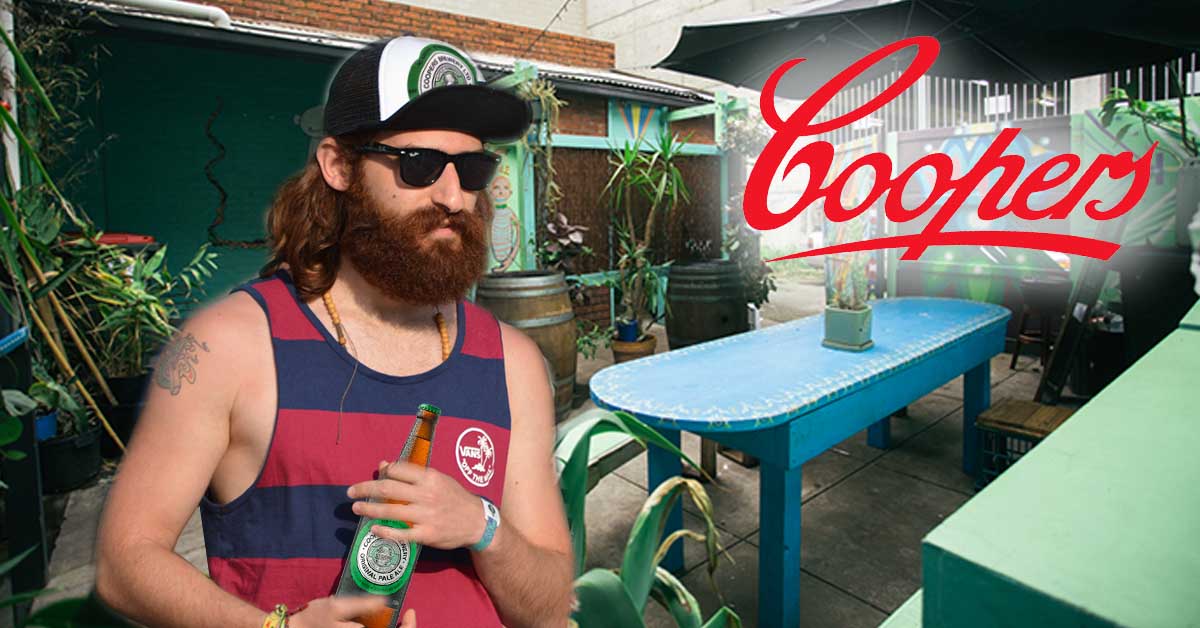 In an astonishing reverse of his staunch moral standing, Ascot Park man David Baker has come under scrutiny after genuinely enjoying a Coopers beer on the weekend.

Swept up in last year’s hurricane of social media outrage and unsustainable reactionary opinion, Mr Baker vowed that he would never, under any circumstances, drink Coopers beer again.

But the sight of him enjoying a few cold Pale Ales quickly raised questions amongst his friends. After initially declaring that he never made the promise, he eventually admitted that he had, but ‘…y’know, that was last year’.

When asked why he made the pledge of abstinence to begin with, Mr. Baker responded: ‘Coopers explicitly said they hate gay people and they hate gay marriage. Or at least that’s what I read on twitter anyway. There was a video or something, but I didn’t bother to watch it’.

Taking a disproportionate amount of delight in his ethical backflip, Mr. Baker’s mates spent several hours recanting previous vows he’d made and quickly broken. This included his brief stint as a Straightedge, a miserable attempt at being vegetarian and a 2014 “Sober October” which was completely derailed by some after work drinks on just the 8th of the month.

‘Look, just because I publicly broadcast my moral position on something, doesn’t mean I should be forced to drink $9 pints of Super-Dry’.