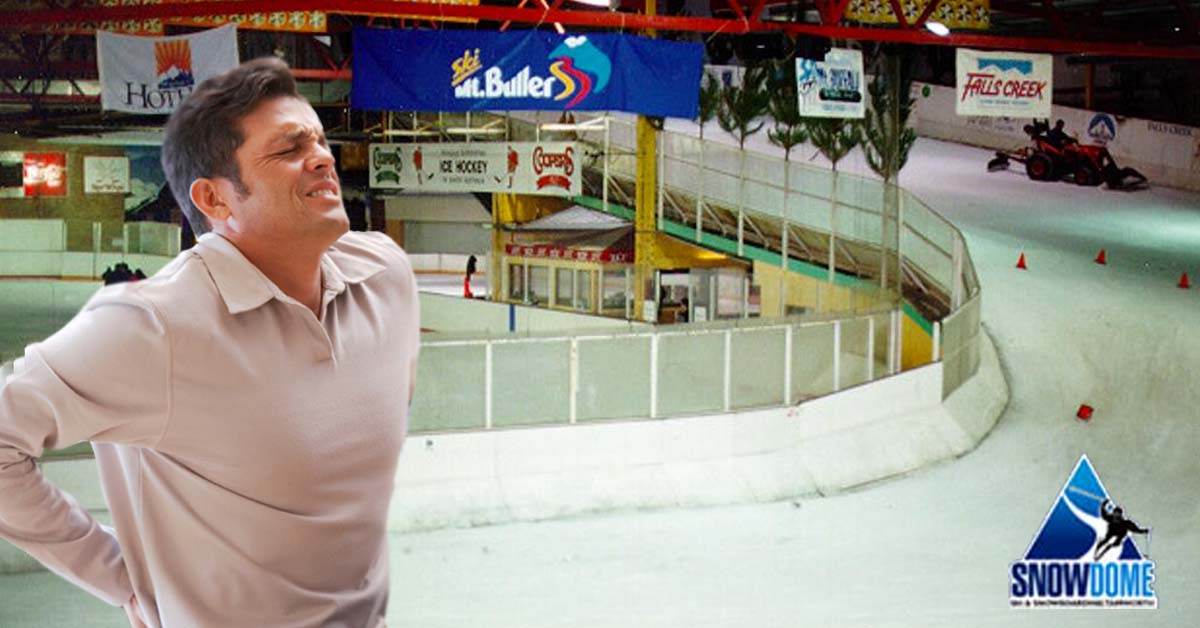 When a 14-year-old Alex Dangerfield visited Mt Thebarton in 1995 to experience tobogganing for the first time, he did not expect to still be paying the price some 23 years later.

The Fulham Gardens man made the trip down the now-closed ‘Mt Thebarton’ as part of a school excursion organised by a teacher who had given up on finding educational merit in school excursions.

During a series of escalating dares from classmates, Dangerfield completed such feats as going down backwards, steering using only his feet and tobogganing down the up escalator. But it was agreeing to toboggan over the group of small snowy mounds that would live on in eternal backside pain.

‘One of the other students bet me $20,000 that I wouldn’t go over the jumps, but I was really just trying to gain respect from my peers’, Dangerfield tells the Mail, loosening his tie. ‘I’d tried everything else and still had no respect. None, I tell you’.

‘That excursion was tough, though. I got in there, and I asked the skate hire attendant to hold my bag, he started feeling up my girlfriend. Yeah, it was tough, I tell you. It was tough and it was no easier on the ice either. I fell over while skating, I yelled out to my teacher to say something, he starts yelling at the other kids “go faster!” No respect’.

The interview was cut short by an inexplicable outburst of Journey song “Any Way You Want It” accompanied by spontaneous dancing.