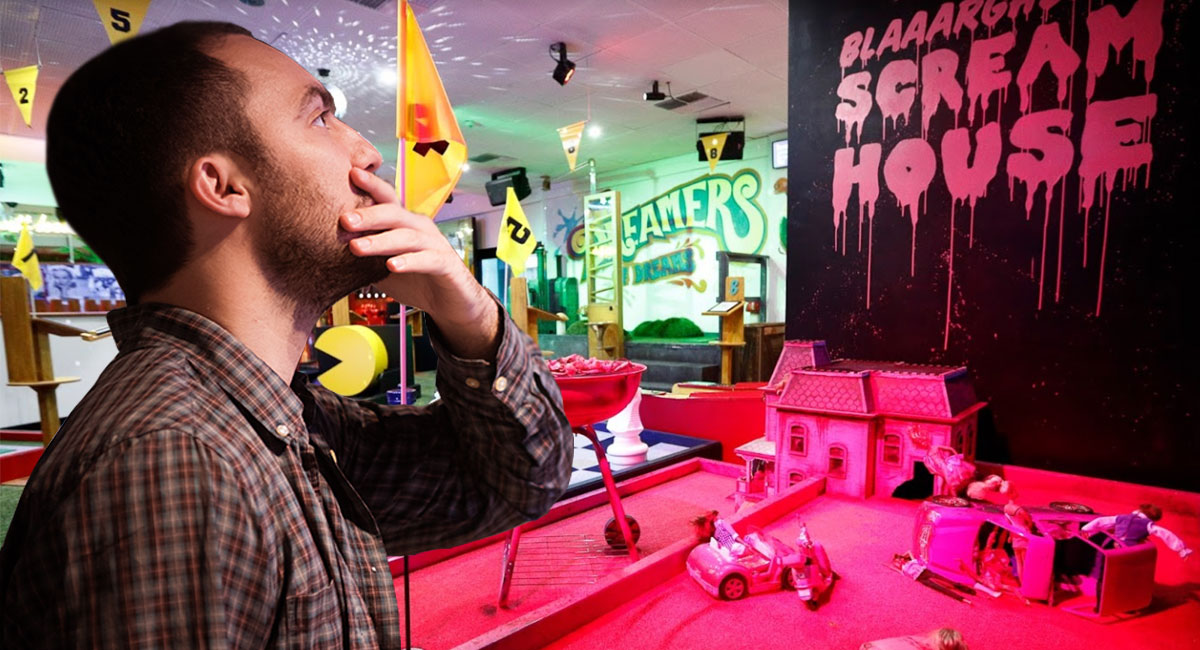 A Somerton Park man has knocked off work early in a frantic rush to get to novelty mini golf course and second date venue Holey Moley Golf Club, hoping to fit in a quick round of 9 before his 2019 Christmas gift card expires.

‘I’ve been carrying it around in my wallet for the past twelve months’, says Garamond. ‘I thought I’d just rock up and I’d be able to walk up and play, you know, I’m by myself so it shouldn’t be too much of an ask, right? Well they reckon they can’t get me in until 9:30’.

‘I’m probably going to miss the family Christmas party tonight, it seems. It’s my son’s first Christmas too, but you know, he’s like four months old, he can’t comprehend anything. I’ll just tell him that it’s Christmas whenever I see him next’.

While we were talking to Garamond he was given the good news that a spot had opened up for him at 7:30. He then set out to find somebody to take advantage of his Buy 1, Get 1 Free voucher with him.

We’d have loved to hang out longer and play with him, but we’ve got a thing on. By which we mean we’re going to go and sit at home watching Home Alone while frantically wrapping gifts that we really should have done ages ago but what kind of weirdo is that organised?

A first-year University of Adelaide law student has been dealt the embarrassing blow of dipping into his own savings to...