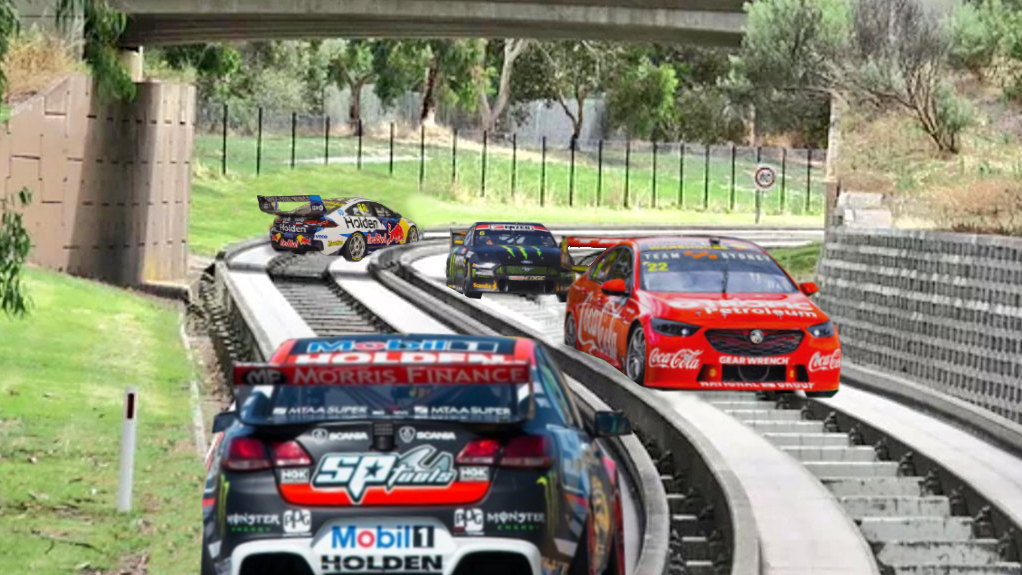 With South Australia’s heavily-branded apparel wearers lamenting the lack of The Clipsal or Superloop or Adelaide 500 or whatever it is called, it seems that the race could be back on in 2022 with an innovative solution found.

With the race no longer being held on the street circuit and nobody ever wanting to visit Tailem Bend for any reason whatsoever, it has been announced that the new race track will be along the O-Bahn busway.

Also, Adelaide Mail are proud to announce we will be the naming rights sponsor for the 2022 “Adelaide Mail 500” race.

Head of the Adelaide Mail 500, Moe Billeckson, stated ‘This is going to be a great track for the Adelaide Mail 500. In the past we were limited to only severely disrupting traffic in a few suburbs near the city, but now we’re really going to fuck up traffic-flow for at least a quarter of the metropolitan area. A great success’.

‘Sure, the race may not be exactly the same’, continued Billeckson ‘The winner will most probably be whoever starts in pole position because there’s not going to be much overtaking. Plus there will be multiple pit-stops at Klemzig, Paradise and TTP in order to replace each vehicle’s oil sump multiple times throughout the race’.

The press conference was interrupted for several minutes by Billeckson struggling to take off his button-up, black and incredibly hot-looking Holden Racing Team jacket to reveal a button-up, black and incredibly hot-looking Red Bull Holden Racing Team canvas shirt. Seriously, why do these guys always seem to wear the warmest clothing for the hottest, most uncomfortable sporting events on the Adelaide calendar?

‘Anyway, where was I?’ continued a very sweaty Billeckson ‘Ah yes, with long straights like Nurburging, a tunnel like Monaco and with the hairpin turn at the TTP interchange, the holding the Adelaide Mail 500 along the O-Bahn tracks seems completely logical. In addition, all cars will be replaced with Toyota Camry’s and all drivers will either be elderly or confused tourists. Also, is anyone else hot in here?’

Note: Readers, you know the deal. DO NOT DRIVE ON THE O-BAHN. But if you do, don’t snitch and say you got the idea from us.