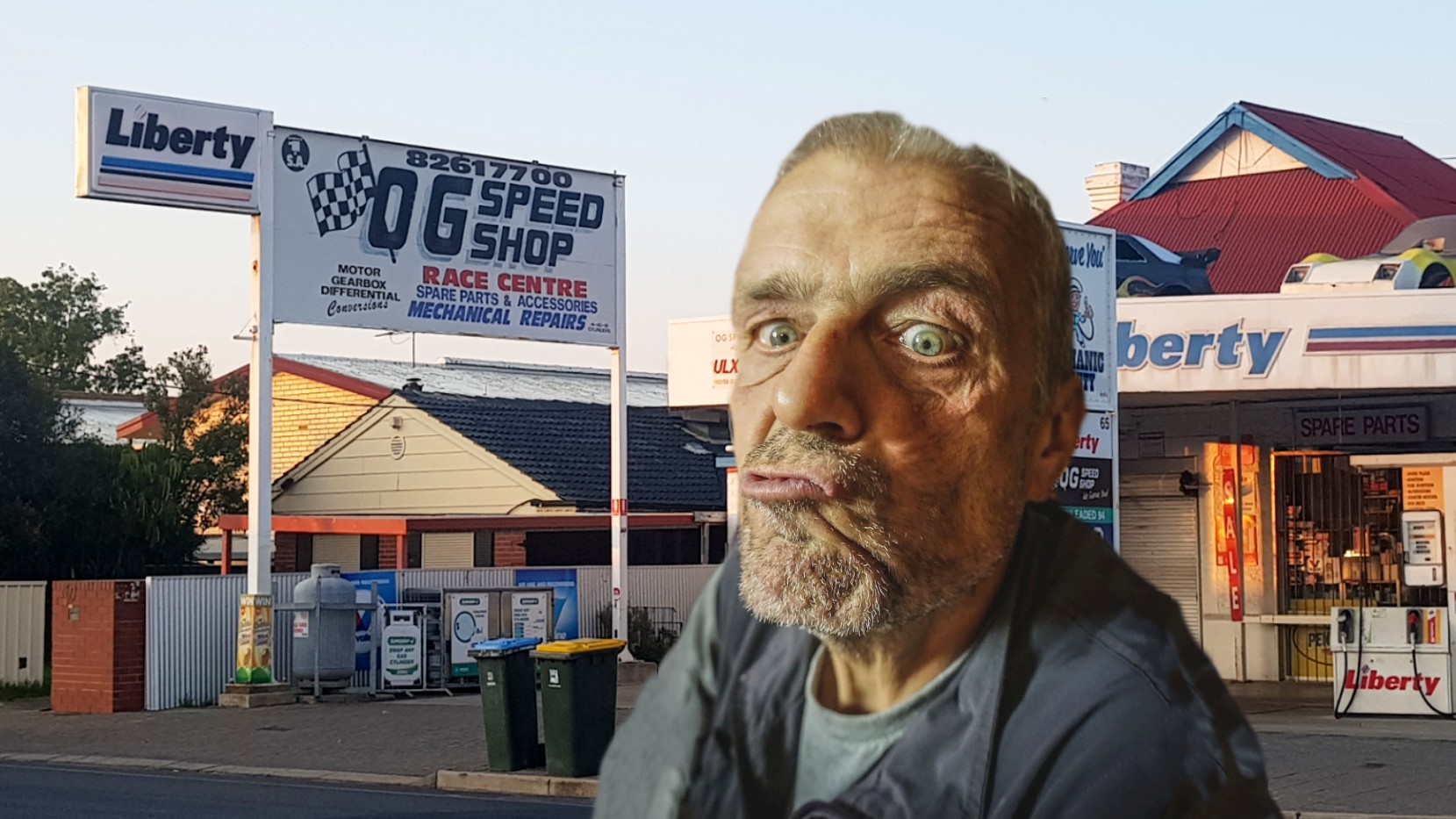 Local jaw-clenching and awake enthusiast, Aymon DeGear has voiced his disappointment with a Klemzig service station, claiming they are falsely advertising their goods.

‘Look, the sign clearly says “Speed Shop”‘, yelled Aymon at our reporters who just happened to be on OG Road looking for the same thing, ‘I go in there, there’s just some spark plugs, motor oil and all this other car shit’.

‘And it even says “OG” Speed Shop. Proudly claiming they’re the original and best. This is probably all part of this Illuminati World Order that’s secretly being implemented by The Gates Foundation. If this isn’t really a speed shop, then what’s to stop me thinking that all of this isn’t real, is this a simulation? A stimulation. A stimulation simulation. You know what OG stands for right? “Oligarch Gates”. See, it’s all connected, but also disconnected at the same time if you know what I mean. Let me send you a YouTube video about this guy who has proof’ Aymon rambled.

“Blatant false advertising. Just as bad as that so called “Ice Arena”. I’d take this up with Today Tonight if they still existed.”

Our reporters decided to go undercover and see if we could obtain the implied goods from the OG Speed Shop by cryptically enquiring at the counter ‘Hello shopkeep, feel free to read between the lines with this question, but would you happen to discreetly sell any amphetamines or narcotic stimulants?’.

We were directed to the fridge with the 2 Mother Energy Drinks for $5.99 deal, which apparently is just as good as any of the stuff you’ll find in Klemzig.

Editor’s note: We joke, but drug addiction is currently impacting thousands of South Australians and their families. Addiction can be treated, but support services can only do so much. People need care, understanding and support from their close friends, family and the wider community.

For more information about addiction and support, visit Alcohol and Drug Foundation.