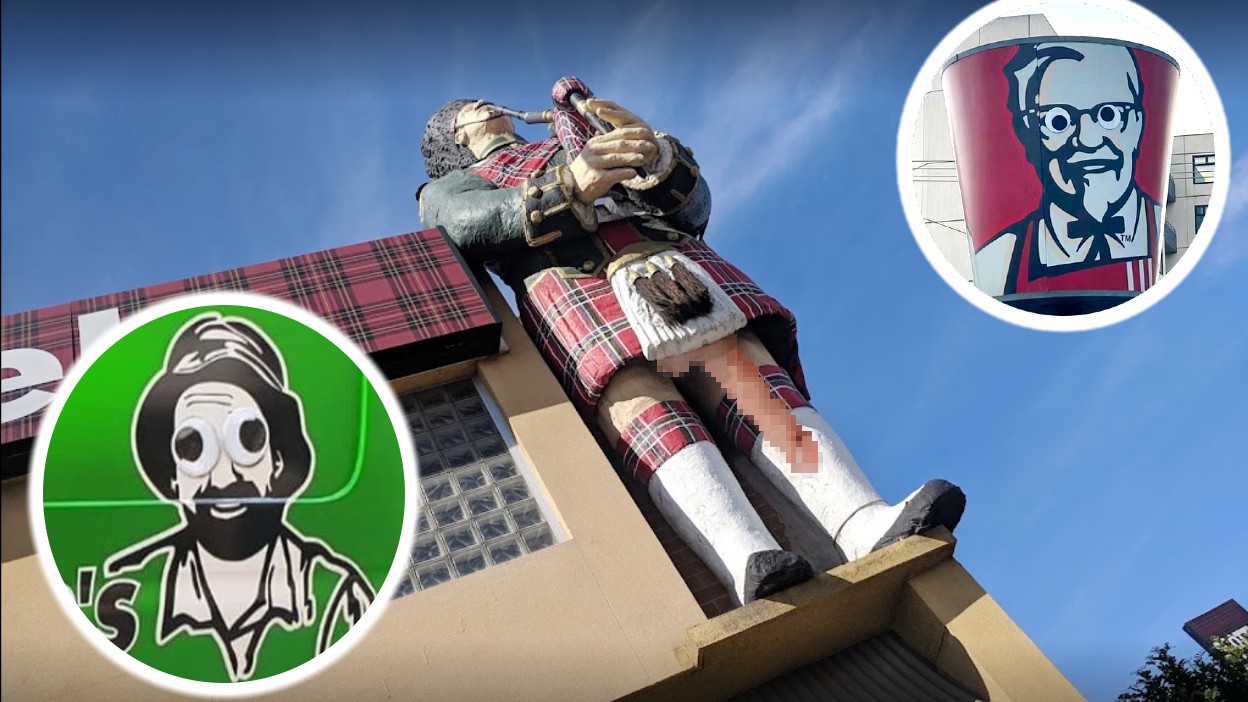 In our desperate attempt to gain approval from local hilarious meme-lords and bumper-sticker-merchants, Shit Adelaide, we here at Adelaide Mail continuously try to keep up with the latest local trends.

So in our attempt to join the widely covered googly eyes craze sweeping Adelaide that has recently occurred no less than three times, we’ve taken a more subtle approach by attaching the biggest fake penis we had in our personal collection up the kilt of the Giant Scotsman outside Scotty’s motel.

However, instead of Adelaide Mail gaining much needed widespread local social media coverage and praise for our efforts, the only comment we got was that our stunt was “Cheap, nasty, and downright boring” from a Motel patron waiting in the carpark for what we assume was a legal transaction.

We guess South Australian’s aren’t ready for the subtle, high-brow wit that Adelaide Mail has to offer.