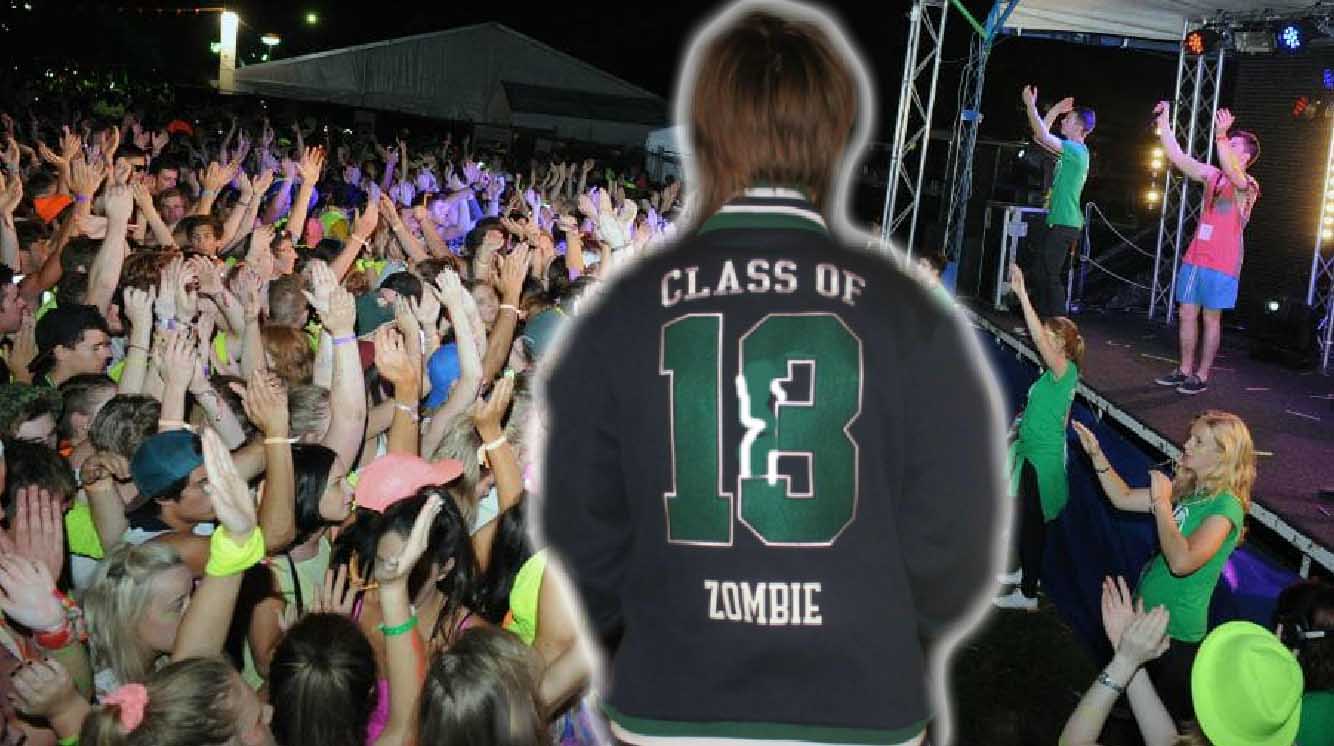 In a surprisingly genius move, particularly from a Modbury High graduate, 23 year old Sam ‘Zombie’ Zommers has pulled off the boldest move to be seen during Schoolies.

Not wanting to miss out on the schoolies action with a bunch of strangers five years his junior, armed with nothing more than a few sharpies and some masking tape Sam has managed to change a 3 to something that almost resembles an 8 on the back of his Year 12 Modbury High jumper.

‘I got the idea from how I used to change the grades on my report card’, said Sam, who now works as an apprentice Subway Sandwich Artist at the Holden Hill On The Run ‘it was easy to change an F into an E, and then into a B, so I figured I could do the same to go get on the piss at schoolies, without being labelled a toolie’.

Sam reportedly ‘had a great night’ on Friday, despite the expiation notice.