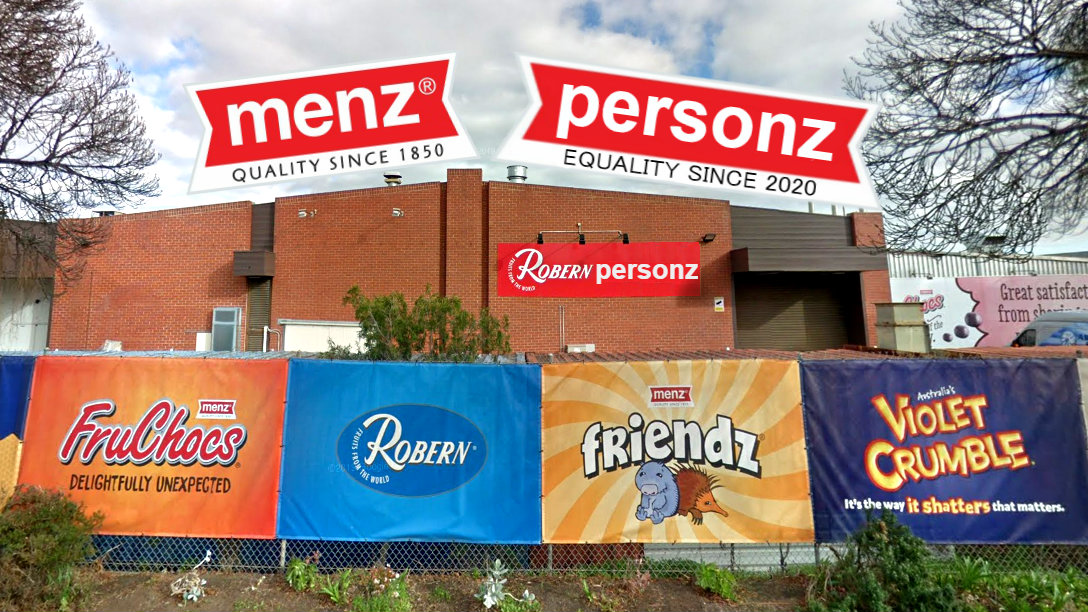 POLITICAL CORRECTNESS GONE MAD?: In a bid to gain greater market share and simultaneously not offend anyone, Menz Confectionery, the creator of Fruchocs, will soon change its name to Personz Confectionery.

Marketing manager for Menz, Zarah Combez said ‘Our name has a lot of heritage, but it came from a time when men were the only ones with disposable income, and we’re missing out on much of the female and non-binary market now because of our name.

‘We’ve always thought of ourselves as a progressive company, dating back to our original name showing how we relate to young people by using a “z” in place of the “s”, and this is the logical next step’.

“We’ve neglected the female and non-binary markets for too long.”

Once the change in name was decided, the company’s board of directors settled on the name “Personz” over “They/Themz” in a five to four thumb-war.

As for the future, it’s not just a superficial change for Menz, Crown Mints will soon come in both king and queen versions of the crown. Combez added ‘We even plan to have a republican mint, but for the moment we’re struggling to agree on the right model for it’.