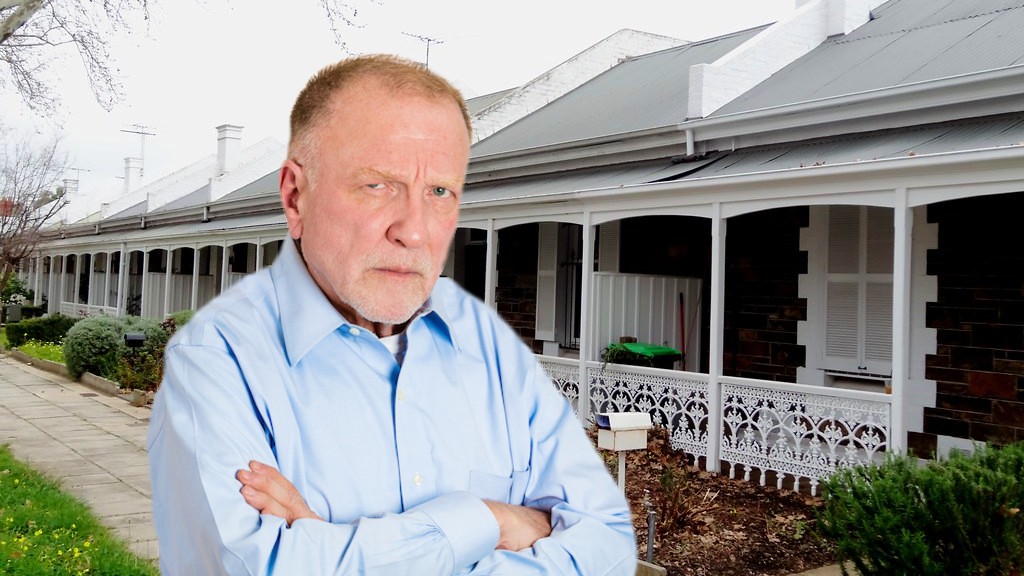 The Adelaide Oval Stadium Management Authority isn’t the only one suffering with the lack of crowds at Adelaide Oval this year. North Adelaide resident and professional complainer, Barton Lefevre has been at a loose end since COVID restrictions were introduced. The lack of noise, flights and an abundance of car parks in North Adelaide has left him with nothing to complain about, and an extra 30 spare hours a week on top of his usual 57 spare hours a week with no real responsibility.

However, Lefevre, who  didn’t get to live in a North Adelaide mansion by sitting on his hands doing nothing (well, he actually did as he inherited it from a childless great aunt, but he likes to think of himself as a man of action) said ‘Like most of us suffering horrendously through this COVID situation, it’s been an extraordinarily tough time, but I’m determined to make the most of it, so I decided to create a time machine, and go to a time when there was something to complain about’.

And now the Crows have pulled out of the Aquatic Centre, we have nothing to be outraged at. It’s outrageous.

When quizzed on when in history he would go back to, he didn’t choose a World War or The Great Depression, but a time far more recent saying ‘I think the perfect time is 2014, the Crows and Power started to play at Adelaide Oval and there was even an extra game because of a final, and to finish it off there was one of those rock ‘n’ roll concerts with those noisy, unkempt Rolling Stones. I really couldn’t get no satisfaction living here, and I loved it’.

Unfortunately for Lefevre he has hit an early hurdle in his quest. Like many North Adelaide residents he has absolutely no practical skills, and is unable to open  the toolbox he found in his gardener’s hut, but he remains optimistic, ‘I’ll ask my Range Rover mechanic Gerald to open it for me, and I’m sure I’ll have a working  time machine in no time’.