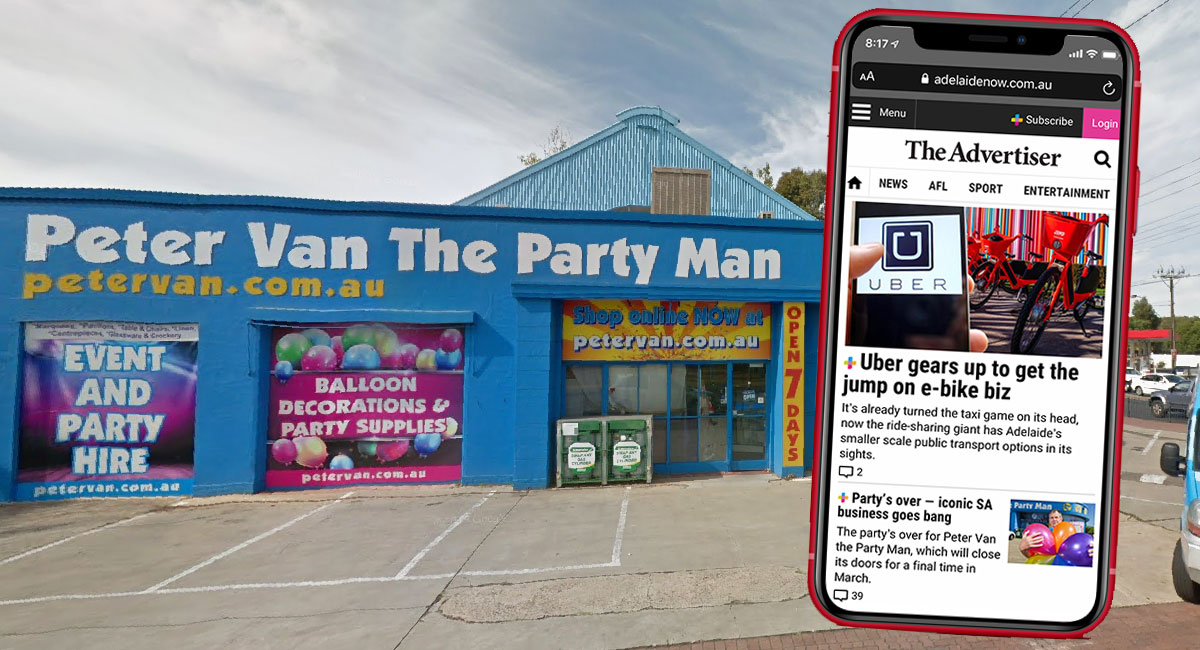 As news emerged that Adelaide’s resident Party Man, Peter Van will be ceasing all partying come March, subeditors at satirical newspaper The Advertiser are now wondering how many more times they can crowbar the phrase “party’s over” into their headlines.

Since the threat of a compulsory acquisition order was first announced in May 2019, staff at the paper have used the phrase 162 times within headlines alone. We would have counted how many times they used the phrase in the body of their stories too but my ex-girlfriend changed the password on the AdelaideNow subscription that we were using.

‘We have a hierarchy of story elements that we have to prioritise at any News publication’, says News Corp Australia’s sole remaining subeditor Auspicious Burden. ‘Top of the list is puns. Can you get a pun or a sassy turn-of-phrase in the headline? Then do it, doesn’t matter what the rest of the story is about’.

‘Just last week we ran a story about how Port Adelaide player Travis Boak had been caught with a concealed weapon at training just so we could use the headline “Boak and Dagger”’.

’Another time we ran a story about how Brett Lee had gotten into an argument with Lara Bingle at one of those sex parties that former Italian Prime Minister Silvio Berlusconi used to host. None of it happened, of course, but we did get to use the headline “Binga’s Bunga Bunga Bingle Bungle”. It’s probably my proudest moment as a journalist’.

‘The other two priorities, of course, are ensuring that each article has an unrelated video that auto-plays as soon as you click through and dry cleaning Caleb Bond’s fake beard. That last one’s very important, actually’.

When pressed about ensuring a truthful dissemination of information for South Australians Burden responded ‘Yeah, maybe, I don’t know. I haven’t slept in months, to be honest. I’ve gotta go actually. I need to come up with a reason to use the phrase “Steven Marshalls in New Era” and write an accompanying story and find some relevant tweets and photoshop the banner image sometime in the next twelve minutes’.