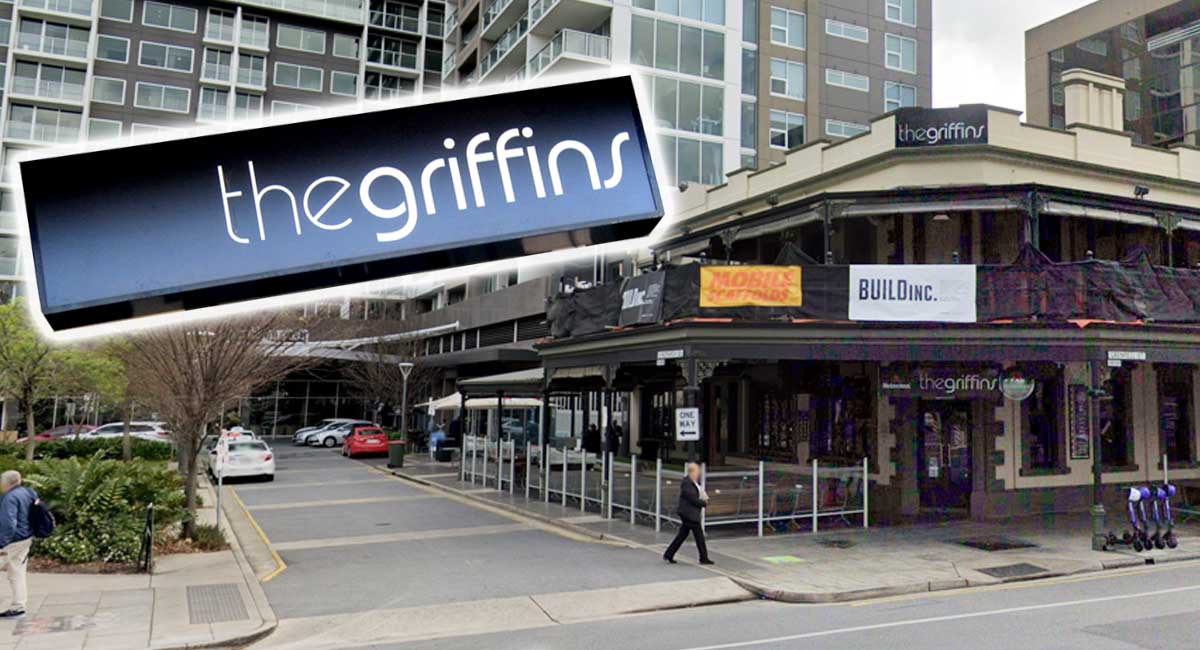 It’s the hub of Adelaide nightlife around the north-eastern side of Hindmarsh Square. The Griffins Hotel is the city hotel that certainly lives up to its description.

With upwards of a dozen people visiting the pub at any one time, The Griffins, as its affectionately known by those aware of its existence, is the city’s busiest pub named after a mythical bird ever since Hindley Street’s Gandaberunda & Xecotcovach closed down.

Until now, the pub has only opened for an exclusive 41 minutes a week. Randomly opening its doors at seemingly nonsensical times, with the pub’s kitchen rarely operating at the same time that punters are allowed in.

Publican Colin Trotts told Adelaide Mail that we probably just think that the pub is closed all the time.

‘I put it to you that you have just never actually been down here when it’s open, you just always happen to be here when we’re shut’, Trotts told us while standing out the front of a closed Griffins Hotel.

‘See the thing is, if you walked past when we’re open instead of when we’re closed, then you’d probably be complaining about how we’re always open. Then you’d be here saying “geez, why don’t you ever close?” because every time you walk past we’re open, but instead we’re closed. You know?’

It was a fair, although unclear point.

So in the commitment to journalism, and because we don’t have any real work for our intern (whom my lawyer uncle made me take on for a six month unpaid internship to scare him away from the idea of studying journalism, lest he wind up sinking his time and money into a joke newspaper that nobody reads and actually costs him money and has him questioning everyday what he’s actually doing with his life “why didn’t I just listen to my dad and study engineering or something useful?”) we decided to stake out the Griffins for a whole week.

Do you know how many people still don’t have AirPods? Gross.