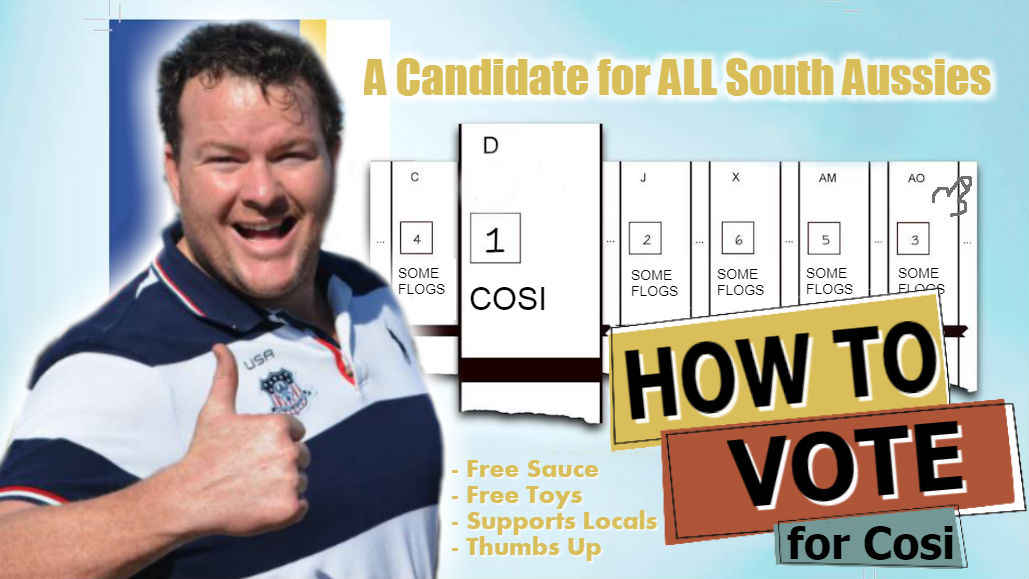 With the Federal Election over and not a great deal changing, aside from increased health-care costs for the poor, many South Australians have felt the lack of true South Australian leadership in our nation’s capital.

As a result of this, hordes of disenfranchised voters are now vowing to take the democratic system into their own hands and just vote for Andrew ‘Cosi’ Costello, purely to just see what happens. This early voter trend has quickly gained so much momentum that many electorates have already made decisions not to run a major party candidate.

A Labor party spokesperson was asked by Adelaide Mail the reasons for this, to which they stated ‘Well, you just can’t compete with that, he captures such a wide range of voters, facebook mums, drunk dads, business owners, old people at RSL’s, right through to his fellow posh suburb residents’.

Asking Cosi as to what his policies would be if he were to become representative for every South Australian electorate, he replied via Instagram comment ‘free toys for all kids, free sauce everywhere, and huge supports for local SA businesses. Parliamentary business trips will always be less than $200 and all meals will be fish and chips on the beach, I’ll save the taxpayers a shittonne of cash’.

When asked if he would formally run, Cosi stated ‘No, I gave up all running right after The Biggest Loser finished, can’t ya tell?’. However, he may still be in with a chance to win a few votes. In a shock statement for the Australian Electoral Commission it has been announced that drawing a dick on the ballot paper will now count as a vote for Cosi.

Editor’s note: Have a listen to Cosi’s intro on this episode of the AdeLOL Podcast, a comedy podcast about cooked stories from South Australia’s hilarious history.