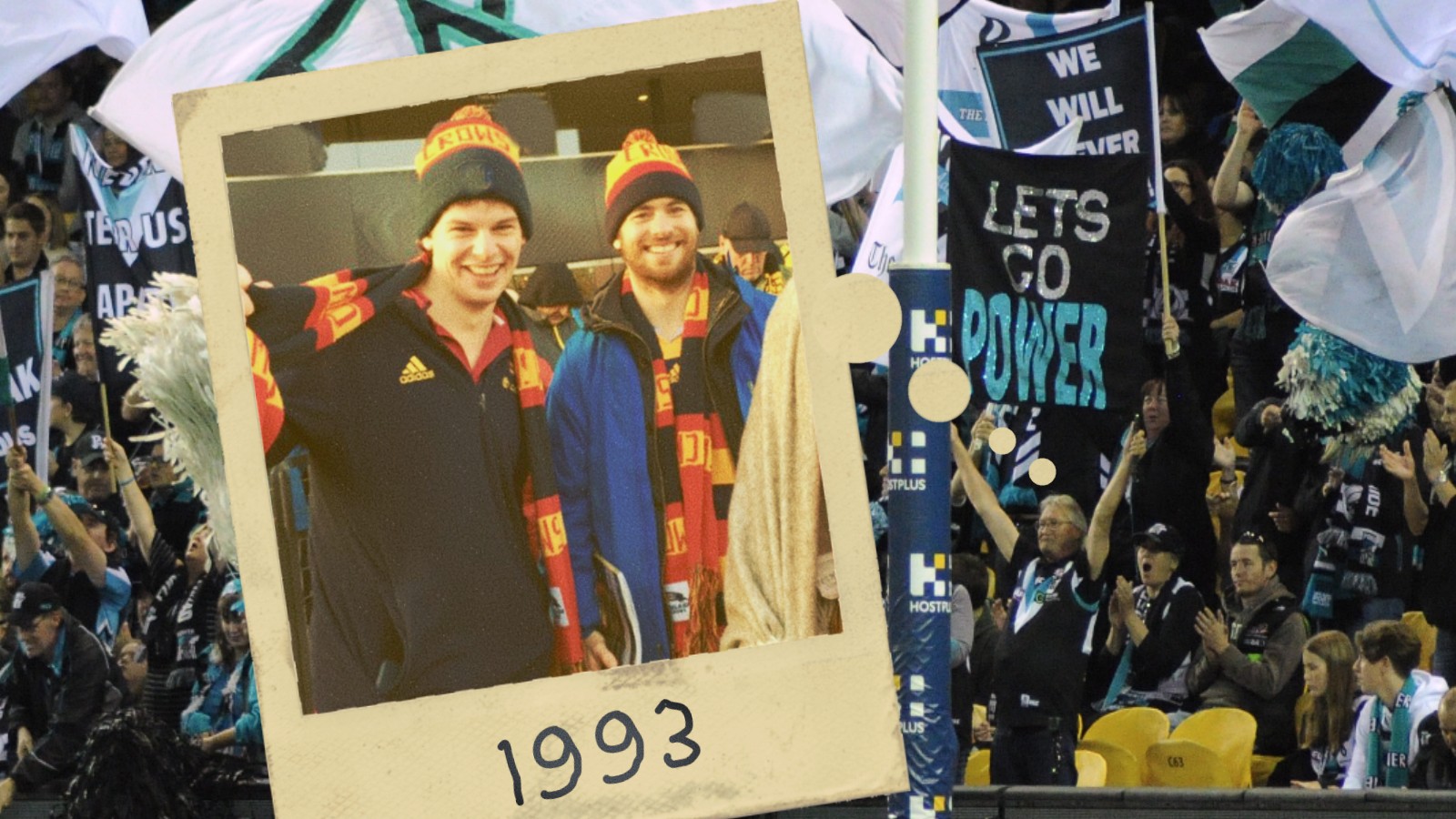 1993, it was a simpler time. No social media, you could still smoke on public transport (well you weren’t meant to, but you could), there was just one South Australian AFL team, and thankfully for a lot of current Power fans there was no such thing as social media.

Albert Unn, wtaunch Port Adelaide Football Club supporter since the club’s establishment in 1996, spends a lot of his time on twitter reminding Crows fans that they’re not a real club, even though in the early 90’s Albert himself could be seen head to toe in red, yellow and blue waiting outside the Crows Shed for Mark Viska to sign his Footy Record.

As a teenager Albert’s walls were covered in posters of all the early Adelaide Crows greats, Clayton Lamb, Shane Tongerie, and Peter Turner, just to name a few. However, Albert is now living in constant fear of his past.

‘I think I’ve done everything I can to wipe all evidence’, stated Al Burton, who requested his name be changed for this story even though we were already halfway through ‘but I think there may still be some photos out there, which haunts me every day of my life’.

Even going to extreme measures to convince himself that the past never existed, Al resorted to years of experimental cognitive memory therapy to block the early nineties from his mind.

‘I think the brain therapy worked pretty well’, said Al ‘but I forgot a whole bunch of Simpsons episodes. Also, I forgot how to read and still have trouble dressing myself in a presentable manner’.

Yes, it seems for now at least, Al has truly convinced the world he is a Power supporter.