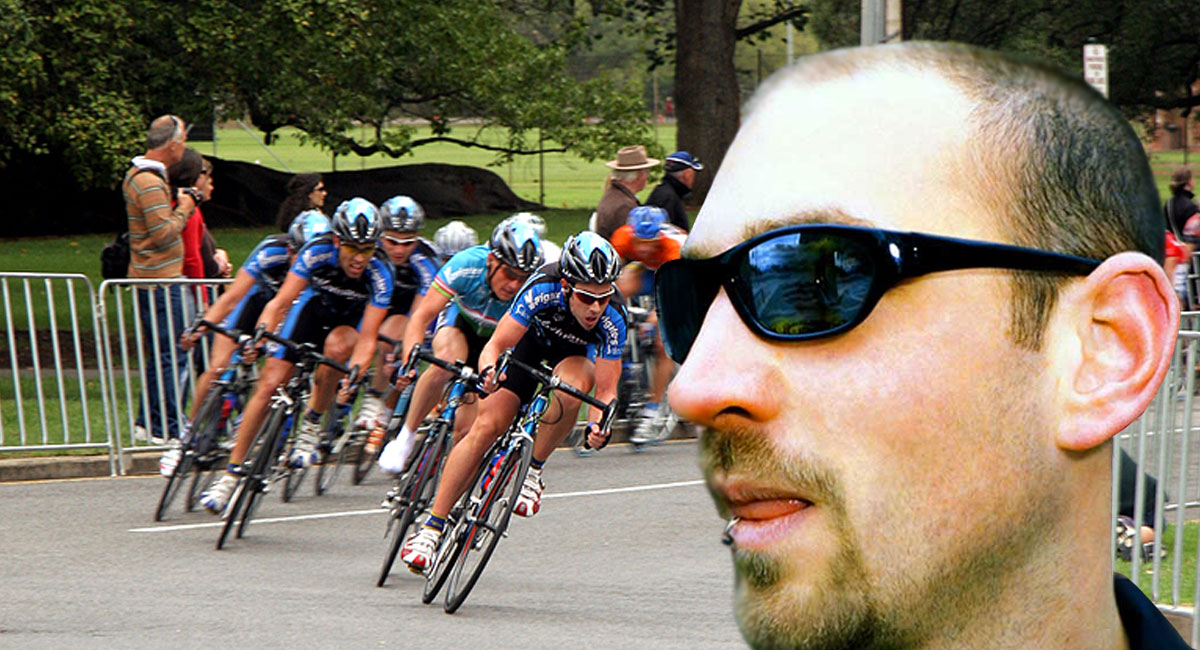 A Pooraka local dressed head-to-toe in heavily-sponsored and dated Holden Racing Team apparel has expressed his delight about the cancellation of next year’s Tour Down Under cycling event.

Skaifey McBrock (we’re pretty sure that’s not his real name, but he insisted that he call him that, also that’s his name on Facebook and given that we’re an online news publication operating in 2020, that’s about as much research into the matter as we’re willing to undertake) told us that ‘it serves those lycra-wearing, latte-sipping yuppies right for voting greens.’

It was a confusing sentiment, but before we could begin correcting him, McBrock continued on his rant that threatened to become very unsavoury multiple times before McBrock would stop himself and say: ‘Ooh, better not say that, or the PC brigade will get me.’

‘These cyclists think they can ride side-by-side up Bridge Road during peak hour, collect their government handouts and drive up electricity prices with their so-called renewable energy and not to mention they’re all…ooh, better not say that, or the PC brigade will get me,’ McBrock continued.

His ranting was only interrupted by intermittently standing up to take off his button-up, black and incredibly hot-looking Holden Racing Team jacket to reveal a button-up, black and incredibly hot-looking Red Bull Holden Racing Team canvas shirt. Seriously, why do these guys always seem to wear the warmest clothing for one of the hottest, most uncomfortable sporting events on the Adelaide calendar?

McBrock would have continued at this point, but we couldn’t think of any more ham-fisted and judgmental observations about Supercars fans.