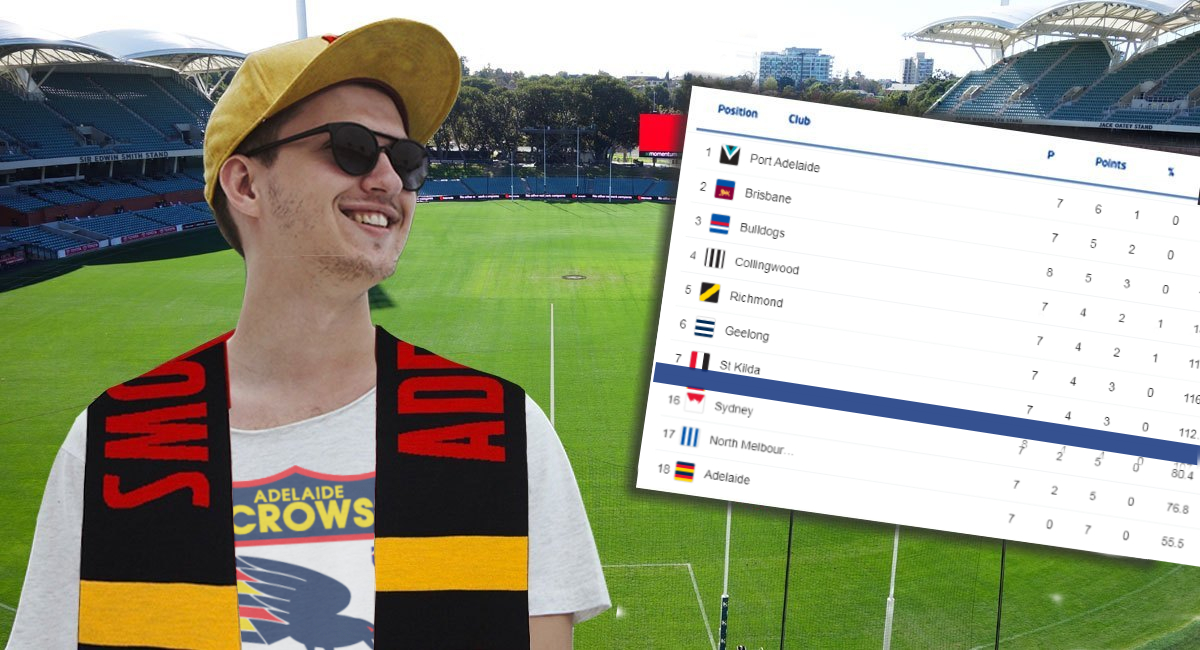 A casual Adelaide Crows fan and therefore an AFL expert on twitter has voiced his opinion online about the 2020 season and the 2021 AFL draft.

With the South Australian AFL sides sitting at polar opposites of the ladder, Twitter user @The119thMan proclaimed to his 32 followers this week that this season doesn’t count, because of the altered schedule and game times, so if Port Adelaide Football Club (est. 1996) win the Premiership, it definitely doesn’t count.

However, due to the Crows’ dismal performance this year, @The119thMan still believes the Crows are entitled to the #1 draft pick, which they will most likely use to pick up a homesick Victorian prospect.

“It is essentially another AFLX season.”

“Did you know that the Crows could technically snag three of the top six draft picks? This is great for us, because deliberately finishing bottom in a season that doesn’t count gives us a good chance to rebuild” tweeted @The119thMan.

Despite no likes, retweets or replies on his tweets, he then continued to tweet to nobody particular, “And for all you Power ferals saying this is your year, you know deep down that it’s not real. Who knows how well the Crows would have done if it was an actual season with full length quarters?” along with a GIF that made about as much sense as his argument.

“Can’t wait to see all these Power fans shook when we pick up the great draft picks we’ve earnt, they’ll join some of our more senior members, some of whom I can definitely name without looking at Google. #gocrows” concluded the flog.

Editor’s note: We completely agree with the above statements. Best of luck striving for the 2020 AFL Premiership*, Port.