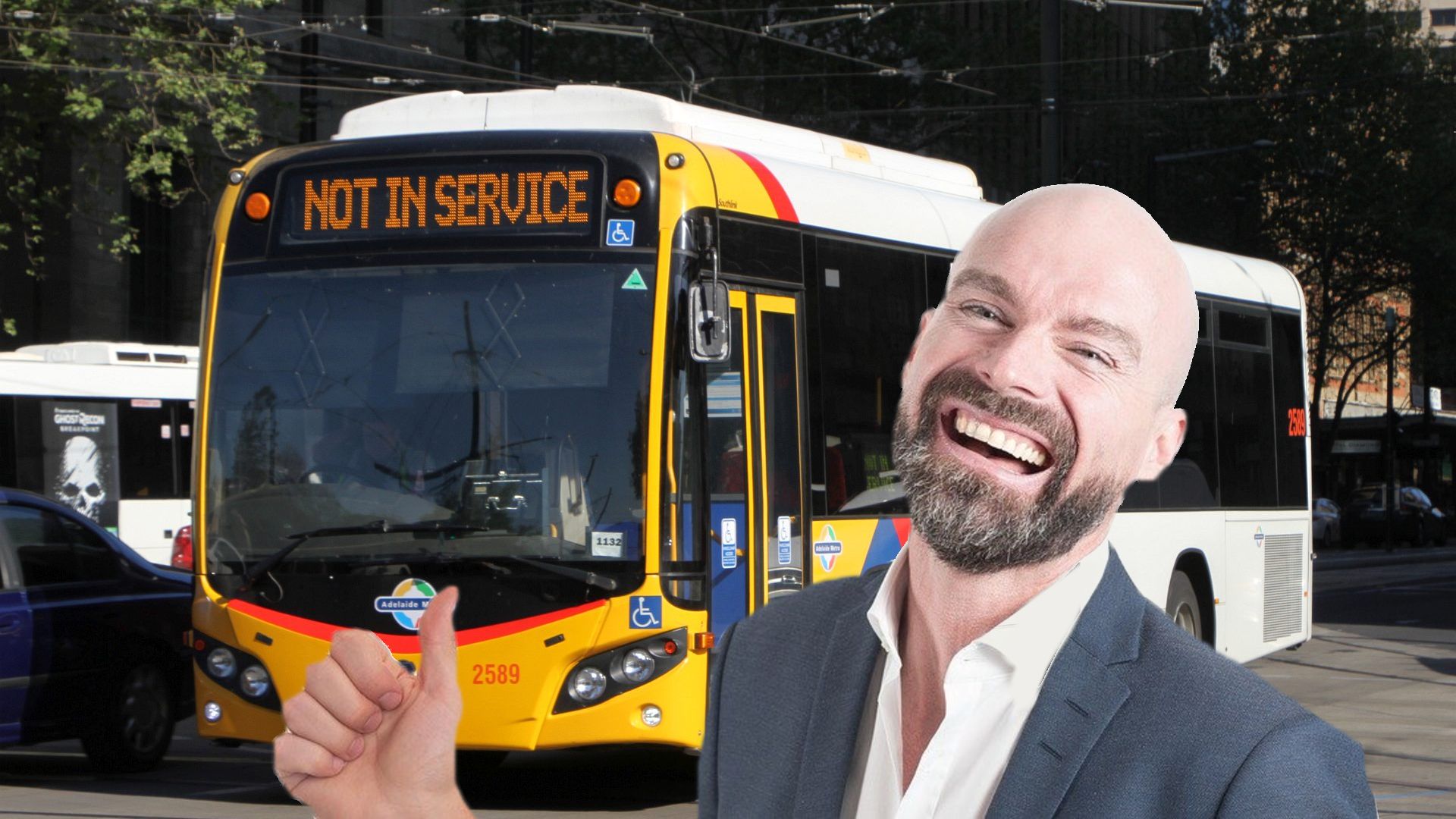 A resident of one of Adelaide’s lesser known inner-outer suburbs, Not In Service, has continued to regularly catch public transport throughout the COVID-19 outbreak mainly because he has never had to share the bus with anyone else.

‘I hear public transport in Adelaide has a bad reputation for some reason, but I think it’s great’, said Not In Service resident Buzz Ryder ‘I always get a seat, there’s never anyone else on here, and no matter where I am there’s always a bus going to my suburb’.

Not In Service lies in Adelaide’s outer inner-southern-north-west, and despite having only one resident, it is Adelaide Metro’s most serviced route, with round the clock buses travelling to and from the suburb along any main road within the metropolitan area.

The suburb was established in 1999 when underworked and overpaid Adelaide bus drivers were looking for a quiet place to nap or smoke peacefully in their busses. Eventually, after Buzz Ryder fell asleep unnoticed on a bus and woke up in the empty suburb, he formed his cunning plan.

‘Well I knew I had just struck gold’, said Buzz ‘I quickly constructed a home from a shipping container and some pipe cleaners. That way there’s no way I could ever be denied an easy lift home. Wherever I am, there’s always an empty bus ready to take me where I need to be. Sometimes if the driver is tired, they just let me drive it. I’m getting pretty good, and I love seeing the faces of other disappointed commuters as I drive by’.

‘The bus drivers and I always have a good laugh too. I’ll get on and be like “Been busy, mate?” and then we both laugh. Public transport is fun’.

We would move to Not In Service, but this guy would just be way too annoying as a neighbour.