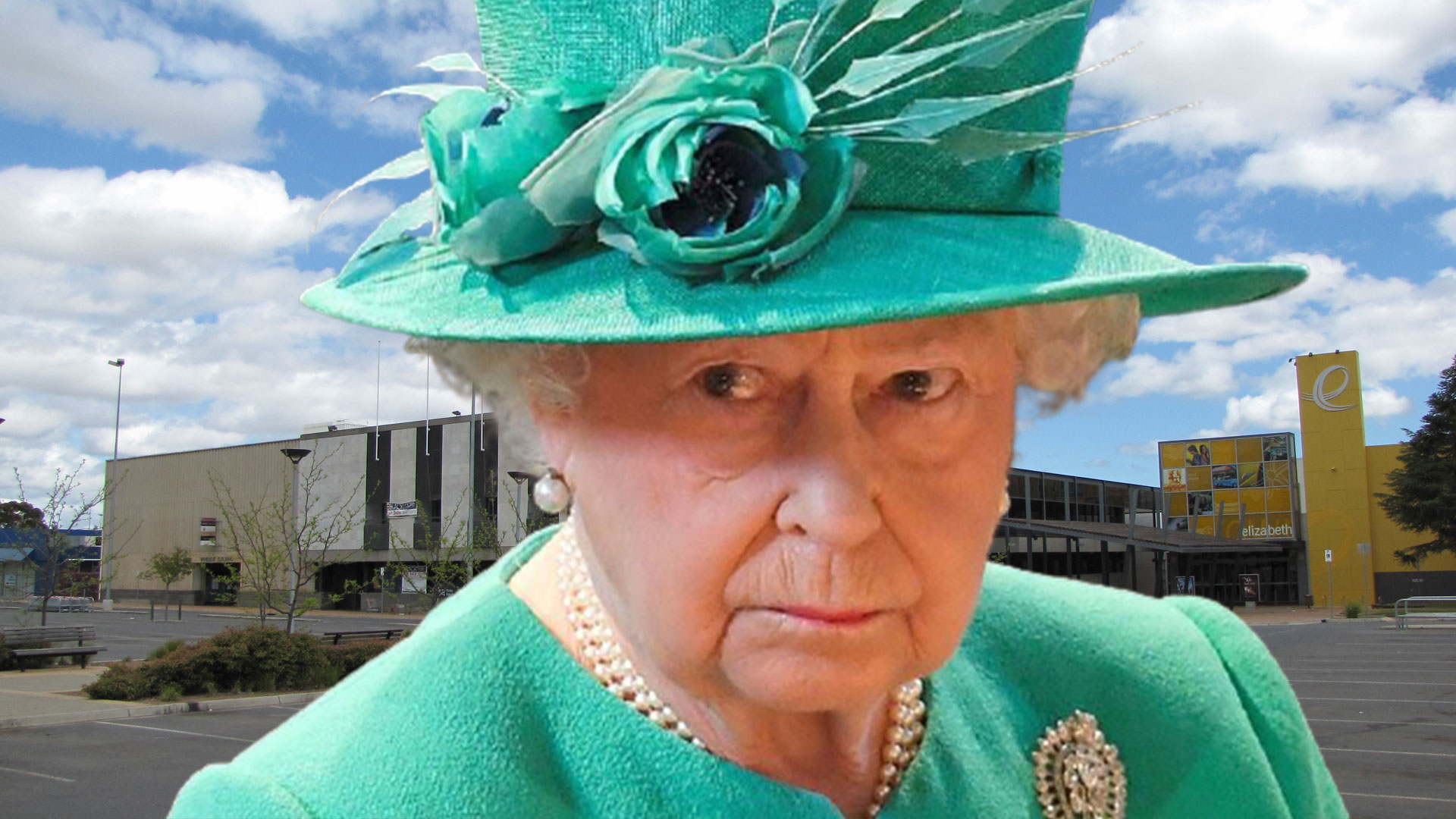 As if her year couldn’t get any worse, Queen Elizabeth II has just learned that the northern Adelaide suburb of Elizabeth was named in her honour which, insiders say, has left her ‘absolutely fuming’.

Adelaide Mail caught up with Royal Insider and Sandwich Artist To The Stars Malcolm Throng to chat about the latest Royal Family scandal.

‘Apparently, she thought that the suburb was named after either Liz Hurley or the rock band Queen, which quite frankly, makes no sense, it’s called Elizabeth not Queen.

‘She’s a huge fan of Bedazzled, that awful Brendan Fraser/Liz Hurley movie, so she was quite excited when she thought that a city in the Commonwealth had finally recognised Hurley’s “exquisite acting ability” her words, not mine. When Queenie found out that the suburb was actually named in her honour she flipped.

‘She was turning tables over, rage-driving the Range Rover around the grounds just pretending to aim it at groundskeepers for fun. I haven’t seen her like that since West Ham lost the FA Cup final. And even then she was only really angry because we were all out of UDLs.’

It is understood that the Queen is now pushing to change the suburb bearing her name changed to either Salisbury, Pooraka or Daveron Park. Nobody had the heart to tell her…