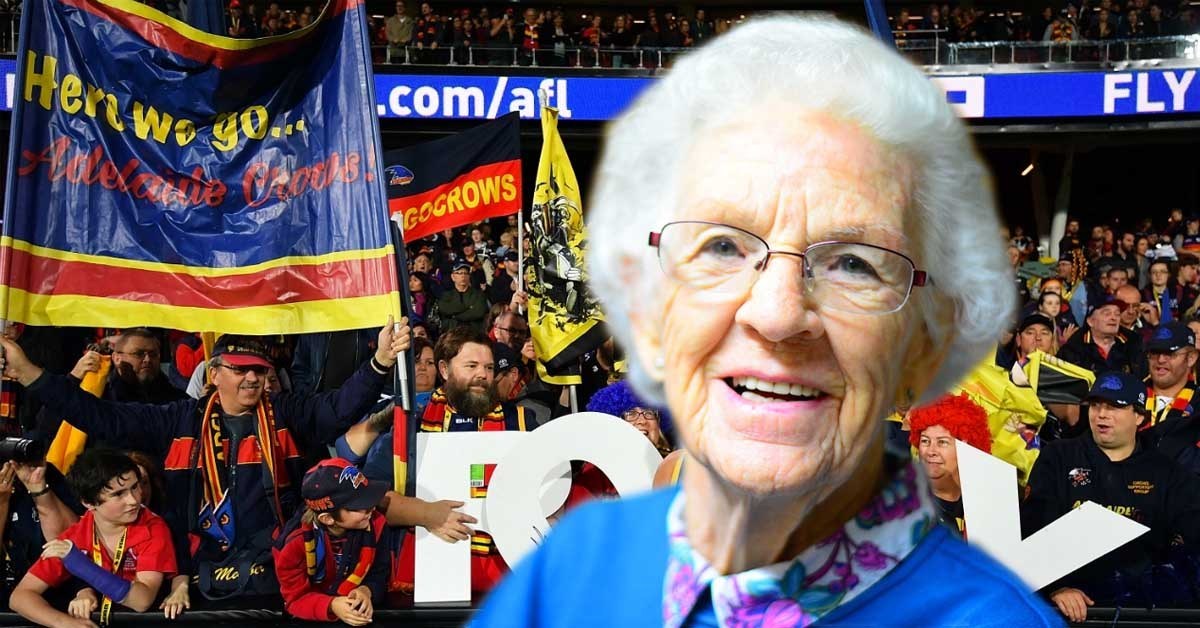 The one long-standing tradition of the Adelaide Football Club fan-base has been blaming umpire decisions for losses. However, with 12 straight losses this season, some Crows supporters are even starting to question this well established fact with AFC devotees.

Adelaide Mail reporters spoke loud and clearly with typical Crows supporter, Rose Parque, a self described one-eyed (her good one) Crows fan. She stated ‘The first nine or ten losses, those were clearly the fault of the umpires. They’re biased against us, you know. But these last few games, I’m starting to perhaps possibly think that our players may somewhat be partially be to blame for our performance’.

‘But I’ll always love my boys no matter what. Rory’s my favourite, of course’, says Parque while adjusting her tri-coloured homemade seat cushion. Although it’s unclear which football-playing Rory is indeed her favourite, Sloane, Laird or the less popular choice, Atkins.

We tried to ask Parque some follow up questions regarding how the Crows may come out of this slump, but she abruptly left three quarters of the way through our interview to beat the Beulah Park traffic.

SHOWDOWN SPECIAL: The Showdown returns this weekend, and with it, so does the inevitable ‘passionate behaviour’ of Port Power fans....